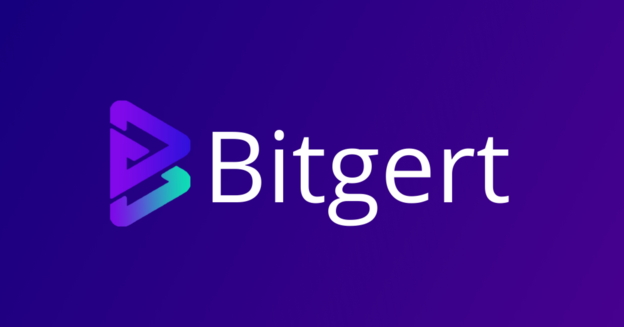 Due to the collapse of FTX, Bitgert may witness more price dips in the chart. Let’s find out its expected future prices from our Bitgert price prediction.

The Blockchain industry is powering multiple innovative industrial technologies to bring a beneficial impact in transforming the Web2 era into Web3. Bitgert platform plays a significant role in the crypto space as it aims to establish a quick blockchain business for consumers by offering fast and cheap transactions. However, the recent turmoil in the market created by the collapse of the famous crypto exchange giant FTX has plunged Bitgert hard to the bottom levels in the price chart, thus creating a puzzling situation for investors in deciding an investment option. To make a stable profit amid the market crash, our Bitgert price prediction brings the BRISE’s current market details, expected future prices, and project analysis with in-depth technical analysis to make the best strategic plan for investing in this coin.

Bitgert is a network platform which was developed to provide cheaper and quicker transactions on the blockchain network where most of the platforms are lacking to create a smooth environment. The developing team made it one of the fastest blockchains, processing 100,000 transactions per second (TPS). Bitgert network is developed by a crypto-engineering organisation on the Binance Smart Chain (BSC) that seeks to deliver solutions for blockchain-based audits and products globally. To accomplish this goal, the organisation has established the Brise Chain, a fast-working blockchain.

Bitgert was launched in 2021 with a rebranded name from BitRise in December 2021 after facing multiple copyright issues. The project claims to be a potential alternative to PancakeSwap, as it offers a lucrative staking opportunity for its Bitgert (BRISE) cryptocurrency. The platform also plans to launch its own decentralised exchange (DEX) in the near future. Let’s find out its current market details to clarify our Bitgert price prediction better.

BRISE is the native and governance token of the Bitgert platform, which provides high speed and almost no transaction fees. The platform boasts of being the fastest blockchain network in 2022, and now it is expanding its ecosystem to competitive sectors like Defi, NFTs, Metaverse, and Web3.

The whitepaper of Bitgert states, “Bitgert is a crypto engineering organisation focused on blockchain technology products and audit solutions, while our $BRISE token benefits investors through staking in BUSD rewards and our smart contract also has a buyback function which helps in the price growth of our token and makes it more scarce. $BRISE token will be used as a peer-to-peer (P2P) service for payment systems using our dApp wallet in the local currency with zero transaction fees, faster and secure transactions, whereby two individuals interact directly with each other, without intermediation by a third party.”

The BRISE chain works on a proof-of-authority (PoA) consensus mechanism to offer quick block times and cheap fees, making the transaction more convenient and accessible. The BRISE chain implements smart contracts to verify the ownership of token holders and is also compatible with the Ethereum Virtual Machine (EVM). Moreover, there are several sectors of the Bitgert ecosystem as its decentralised finance (DeFi) protocol is called Knit Finance, a non-fungible token (NFT) marketplace is known as Miidas NFT Marketplace, and its decentralised exchange (DEX) is SPYNX Labs.

According to the Binance Academy, “One could say that this model of consensus algorithm is just an effort to make centralised systems more efficient. While this makes PoA an attractive solution for large corporations with logistical needs, it does bring some hesitation – especially within the cryptocurrency scope.”

Before digging in further, it is essential to know about Bitgert’s price history to get a rough idea about its previous rollercoaster journey and expected future potential. Since its launch in 2021, the token has had an incredible journey, generating significant return on investment (ROI) for investors. However, it is to be noted that BRISE’s price history is not an indicator of our Bitgert price prediction.

Bitgert token went live in the crypto market on 30 July 2021 with a trading value of $0.00000001. In the next few days, the token started getting attention as investors accumulated a huge amount of BRISE tokens, pushing its price to a monthly high of $0.00000034 on 14 August. However, it failed to sustain its bullish momentum for a long as it quickly initiated a fresh downtrend in the week. The token gained its initial price of $0.000000011 on 25 August due to a lack of proper team management and infrastructure during the launch.

BRISE continued to trade with huge fluctuations throughout April, encountering significant peaks and troughs. Bitgert token witnessed a solid crypto winter in May that plunged its price to the bottom level of $0.0000002884 on 19 June. However, the token made a significant recovery in September as its price started sparking huge surges in the price chart and made a high of $0.000001103 on 1 September.

The recent collapse of the popular crypto exchange giant FTX has become a black eye for the entire crypto industry as it created turmoil in the market, plunging several crypto assets to their lows. Bitgert has also become the target of the recent crypto winter and is currently trading at $0.0000003377, with a downtrend of nearly 8% from yesterday’s price.

The overall project analysis of Bitgert is outperforming and promises a bright future with its robust fundamentals. However, the recent collapse of FTX’s native token, FTT, has brought bottom levels for several digital assets, and Bitgert is no exception, as it lost nearly 10% of its market cap in the last week. Hence, our Bitgert price prediction aims to bring you an in-depth technical analysis using indicators to identify the current market trend and decide your investment option.

Our Bitgert technical analysis reveals that the Bitgert token may witness a sharp drop in the price chart before initiating a fresh bull run by the beginning of 2023. Looking at the daily price chart, BRISE recently tried to break its immediate resistance level of $0.0000003719 but faced a rejection which threw it to its current price level. However, the token is making another attempt to break its resistance level near the EMA-20 trend line of $0.0000004168. However, the recent demise of FTX is worrying investors and traders about its stability as it is making significant fluctuations in the price chart due to high liquidation and accumulation. Bitgert faced rejection at $0.00000037 and made a long bearish candle near its 23.6% Fib retracement level. Moreover, the Balance of Power (BoP) indicator trades in negative territory at 0.43, hinting at a sharp bearish trend to $0.0068.

Moreover, the Balance of Power (BoP) trades in negative territory at 0.73, hinting at a further consolidation near its bearish range. The RSI-14 indicator continues to trade in an overselling region near the level of 35, which may bring further downtrend following negative market sentiments. The SMA-14 line is also declining slowly as it trades at 37, signaling a strong bearish momentum which can take BRISE’s price to $0.0000003. The EMA lines are trading parallelly, which shows a further extension of the current trend. The Bollinger bands are closing in the price chart as the upper limit is at $0.00000055, acting as a strong resistance level near EMA-100. If BRISE crosses this resistance level, it can soon initiate a smooth bull run of $0.000001 by Q1 of 2023.

However, the bull run is not happening now as Bitgert needs to test its Bollinger band’s lower limit at $0.00000025. If Bitgert fails to hold its price above the support level, it may make monthly support near $0.00000009. The MACD line also supports a bearish momentum before a bullish recovery as it trades in negative territory.

The Bitgert platform boasts of developing robust and overwhelming fundamentals. Our Bitgert price prediction for 2024 predicts that the coin will continue its bullish momentum, and Bitgert will likely achieve a maximum price level of $0.00000097. Bitgert might record a low of $0.00000084, with an average trading price of $0.00000086.

In the upcoming years, Bitgert may attract powerful partnerships due to its solid fundamentals and can push its price to the North. Our Bitgert price prediction for 2029 expects a maximum price for this coin to be $0.00000663 and a minimum price of $0.00000560. Bitgert may reach an average value of $0.00000576.

Is BRISE A Good Investment Option? When Should You Buy?

Bitgert is a crypto engineering firm with the fastest blockchain, which processes 100,000 transactions per second (TPS). BRISE, the blockchain’s native token, has witnessed tremendous success since it was first traded last year. Expectations for the token are high, as the team has added a lot of potential improvements to BItgert’s chain, which can bring tremendous value in the future. Our Bitgert price prediction suggests a price of $0.0000003 as an excellent buying opportunity.

Bitgert is at a crossroads due to its extreme circulating supply of 395.68 trillion tokens, and a lack of significant social media presence, project updates and an ecosystem overburdened with an abundance of coins may not bring the potential strength of the coin. Hence, our Bitgert price prediction advises investors to do their own research and conduct investment advice from experts before investing in the market.