BTC Price Uptrend in Peril After Drop to $9K, While ETH Bulls Attempt To Rally Higher

The cryptocurrency market experienced a noteworthy pullback on Jun. 11 with Bitcoin falling to as low as $9k before finding a bounce.

This recent market pullback coincided with a similar retraction in global equity markets. It appears the narrative in both the crypto and traditional stock markets has somewhat changed from potential recovery and reopening of economies post-lockdown to a potential second COVID-19 wave.

As expected, Bitcoin’s correction by nearly 10% in 24 hours made investors fearful of a further price plunge, and it now seems that the BTC price will continue to drop if U.S stocks correct further.

What Caused The $800 BTC Price Crash?

A Bitcoin correction has been well overdue after multiple rejections at $10K, which could give some clues to what occurred during the Jun. 11 drop.

Essentially, the price of Bitcoin was acting inside a very narrow range, through which such compression usually ends with volatility. When the compression period ended, a false breakout (fake-out) took place before any real move could occur.

In the near term, while a Bitcoin correction may be difficult, it will be the beginning of a new bottom formation that will act as a platform for a rally into the second half of the year. 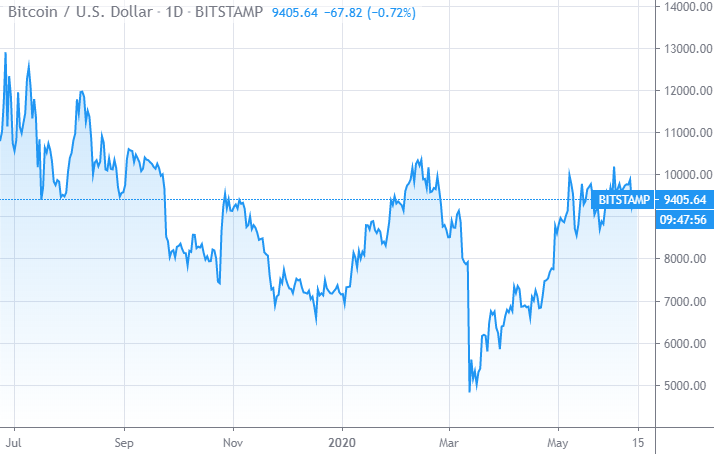 Breaking below the $9,000 zone could point to a change in market sentiment with possible downside targets developing at about $7,100, with a slight possibility of a bounce at $7,800.

On the other hand, if the bulls can scale the price above the 20-day moving averages, another attempt to climb the $10K zone is likely. If successful, BTC could pick up momentum and start the next leg of the sustained uptrend.

Currently, ETH bulls are attempting to push the second-ranked crypto back into the ascending channel. ETH is hovering at the $237 level at press time.

Looking ahead, Ethereum remains well supported by dip-buying interest as the cryptocurrency presses against key trend line resistance. If bulls can drive the price above the downtrend line, a rally to $253.556 is possible.

Wayne is a Blockchain enthusiast and expert in crypto trading. Currently, I cover trendy issues on digital currencies and write regularly for Blockchainreporter.

Top Altcoins Movers and Shakers of the Week

A Chaotic Correction in Sight as Bitcoin Price...