Djed of Cardano to Be on the Mainnet in January 2023, Says the CEO of COTI 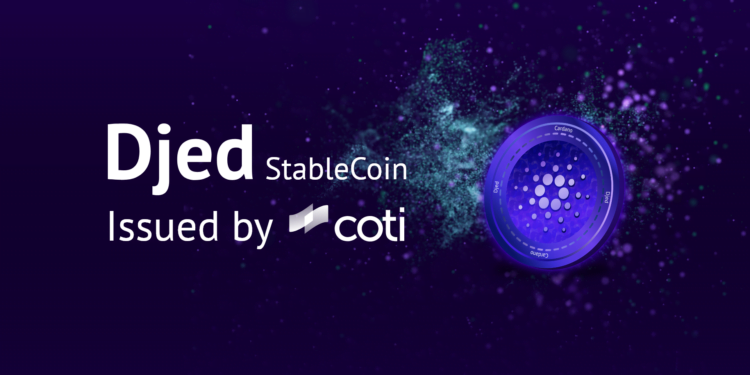 The CEO of COTI, Shahaf Bar-Geffen, declared at the Cardano Summit that Djed (the algorithmic stablecoin of Cardano that is over-collateralized) will be launched on the mainnet. This move will be taken after an effective and complete audit of the token, in January 2023. The CEO added that the respective step counts to be a milestone for Cardano following a lot of efforts done by COTI and IOG.

He was of the view that the recent events that have taken place in the market have proven for another time that they require a secure place to avoid volatility and Cardano. As per him, this safe zone would be provided by Djed in the network of Cardano. He detailed the market needs such as decentralization and on-chain proof-of-reserves to be the characteristics of a stablecoin and Djed offers all these things.

Bar-Geffen mentioned that stability and security are the prominent priorities set by everyone, particularly at the current time. In such a situation, he asserted, they have been cautious toward the respective launch, guaranteeing that a thorough audit occurs along with the rest of the rigorous stress trials in advance of releasing the stablecoin on Mainnet. According to him, they will additionally move toward a systematic and gradual attitude to offer $ADA liquidity for the smart contract of Djed, ensuring to make a pace with its careful growth.

The CEO pointed out that after this release, the stablecoin will have an integration with some specified well-known collaborators and decentralized exchanges (DEXs), to permit its adequate utilization. The respective DEXs will give mounted rewards to those offering liquidity with the utilization of Djed. He moved on to say that they will keep on carrying out the latest collaborations and integrations during the upcoming year. This is included in their endeavors to turn Djed into the finest stablecoin operating on the network of Cardano.

Apart from that, he listed the chief steps to be taken during 2023. 1st of them would be to launch the 1.1.1 version of Djed including the compatibility of the Vasil hard fork along with oracle’s upgrade to back six external sources. The 2nd would be version 1.2 and it would be released afterward to utilize the Vasil features such as a reference script to increase the scalability. Following that, version 1.3 would be extended to introduce dynamic prices and fees. It will also support staking, paving the way toward substantial liquidity.