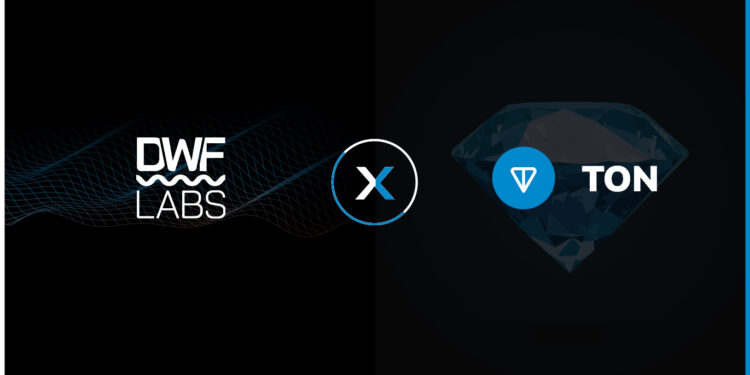 DWF Labs, which is the most significant market maker in the blockchain business, has emerged as a major supporter of the TON ecosystem. DWF Labs is able to contribute to The Open Network (TON) by way of an investment, the development of a market, the development of tokens, and listing on exchanges thanks to its relationship with the TON Foundation.

DWF Labs is a global leader in the digital asset market maker industry and a multi-stage Web3 investment business. The company offers a variety of services, including token listing, market making, and OTC trading solutions. DWF Labs is looking to make investments and provide support to founders that are willing to take risks in order to develop the Web3 of the future.

DWF Labs is one of the top 5 ranking businesses trading on the world’s top 40 exchanges. The company has a physical presence in Singapore, Switzerland, South Korea, the British Virgin Islands, and the United Arab Emirates, and it trades approximately 1,000 different currency pairs on a daily basis.

DWF Labs has announced its intention to contribute $10 million to the continually expanding TON ecosystem. In addition, there will be a total of 50 seed investments made throughout the course of the following 12 months. Each investment is made with the intention of hastening the expansion of TON and the projects it oversees.

In addition, DWF Labs plans to boost the amount of TONcoin transactions across all supporting platforms in order to attract a larger number of players in the TON ecosystem. The trade volume for TONcoin is up to $20 million at the moment. The cooperation will result in a doubling of that number within the first three months of its operation.

Following that, DWF Labs will concentrate on finding more ways to boost the volume. In order to accomplish this goal, a trustworthy over-the-counter (OTC) market will be built to facilitate large-scale transactions between buyers and sellers. TON and DWF Labs are going to begin a partnership that will last for a long time and involve considerable collaboration between the two companies.

Andrei Grachev, the Managing Partner of DWF Labs, said: “We are excited by the TON Foundations’ vision to deliver a decentralized internet, and so are delighted to partner with them to support projects directly and foster growth in transactions.”

Major Development For The TON Foundation

The TON Foundation has reached a new level of success with its recent partnership with DWF Labs. Earlier on, they were successful in collaborating with the Huobi Group and KuCoin Ventures. In addition to this, the TON ecosystem is experiencing a rapid expansion, with TON Sites and TON proxies being the most significant features.

These two features and tools are absolutely necessary in order to unlock the potential of a decentralized internet in the future. The announcement of an update to the @wallet bot in Telegram made by independent TON developers prompted the release of these new versions.

TON is a proof-of-stake blockchain that was initially established in 2018 by the Durov brothers, who were also the founders of Telegram Messenger. TON is a third-generation blockchain. After some time, control of it was transferred to the open TON Community, which has been responsible for its continued maintenance and advancement ever since.

TON was created to facilitate lightning-fast transactions. It has a relatively low cost, is simple to operate, and can be scaled up to any size. The TON Foundation is a non-profit organization made up of TON blockchain advocates and participants who work together to help the network expand.

DWF Labs has not been adversely affected by the recent revelation that FTX has filed for Chapter 11 bankruptcy protection. DWF Labs, which specializes in high-frequency trading and also acts as a market maker, has developed an effective risk management system, which has allowed the company to continue trading despite the occurrence of adverse market events.

Explaining the scenario, Andrei Grachev said: “Many parties are being impacted by the recent FTX situation. However, DWF Labs has been able to trade through this incident with minimized impact due to our strong risk management framework. As a trading firm, our operations are designed to continue functioning during such market events.”

In spite of the general state of the market, DWF Labs has kept up its spending on investments and has experienced tremendous expansion over the course of the past year. The investments made by the company are dispersed throughout a variety of stages, including those made in secondary markets and venture capital.

Among these is a line-up of investment announcements scheduled for the near future with a total value of approximately $35 million that has not yet been disclosed. DWF Labs’ $10 million investment in the TON ecosystem is a part of it. DWF Labs continues to minimize associated risks as the impact of the event continues to unfold.

This is possible due to the fact that the company does not have any exposure to loans or other forms of problematic financing instruments. The company is committed to maintaining its commitment to keep offering affected parties liquidity and investment while maintaining its focus on growth ambitions and cautious measures.