Exclusive – Interview with the CEO of INVAO, Frank Wagner 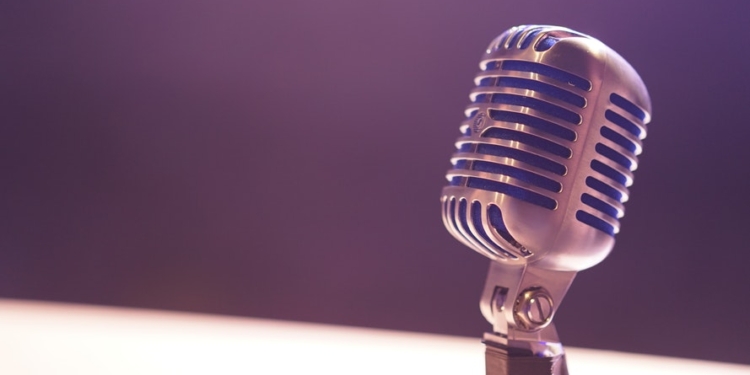 BlockchainReporter sat down with Frank Wagner, the CEO of INVAO to discuss blockchain regulation, automated trading, and stablecoins.

BR: You said that the future of blockchain is defined by the actions of world leaders to regulate and promote the industry. Do you feel that enough is being done?

Wagner: Many smaller jurisdictions such as Liechtenstein and Gibraltar are moving quickly and are actively implementing regulation around this nascent industry, whereas larger nations do not have the agility to do so as rapidly. In many cases, the regulatory bodies in larger nations have delayed the adoption of blockchain technology within their jurisdictions as they attempt to decide their preferred regulatory measure. It is indeed these larger jurisdictions, as well as the traditional finance sector, who must implement comprehensive regulation around the space in order for it to become mainstream.

BR: It would seem that blockchain is an easier sell to world governments than cryptocurrency. Many governments are applying blockchain in various systems such as public land management to issuing drivers’ licenses. However, Cryptocurrency is banned in several regions and the first US state just began accepting bitcoin for tax payment. What do you think causes this reluctance?

Wagner: The potentials of blockchain technology are difficult to ignore, yet many governments are hesitant to promote adoption until clear regulation is in place, particularly in relation to security tokens. Traditional finance strictly regulates all assets and the new addition of cryptocurrency to this equation can be daunting. Regulation will likely stabilize crypto volatility, provide rules for investors, and therefore ease this reluctance. Until then, the growing adoption of blockchain technology will serve as a basis for the future of the new digital economy.

The fact that cryptocurrencies have a difficult status and reputation is also due to the people and institutions behind many crypto and blockchain-based projects. Very often, these people come from the tech environment and not from the financial sector, making them somewhat unfamiliar with how to do business with those from traditional finance and governmental decision makers. What will solve this issue is more crypto projects arising from entrepreneurs with traditional finance experience, who can drive the new digital economy forward.

BR: One of the most complicated aspects of making cryptocurrency mainstream is the issue of tax. In the United States, crypto users don’t have a definite tax protocol. In Europe, collecting tax on cryptocurrency is just being looked at more aggressively. Why do you think it took this long for governments to seriously look into the issue of cryptocurrencies and tax?

Wagner: As with any emerging technology, it can take time for governments and larger institutions to react, and what we saw with the cryptocurrency space was a sudden awareness that many ICOs were, in fact, STOs, and therefore involved tokens that resembled securities, or financial assets. I believe that it took governments so long to come to this realization and to act accordingly because until 2017, the cryptocurrency space was still relatively under the radar— it was the ICO boom of 2017 that brought blockchain and crypto to the mainstream attention. In the past year, governments have been considering in detail the best way to approach the issue and this will continue into 2019.

BR: The CFTC announced last year that it closed down several ICOs last year due to non-compliance with regulations. This has led to a number of firms forming various alliances such as Blockchain for Europe to create uniformity in practices. Do you feel that privately established alliances are the answer or does the industry simply need clearer guidelines?

Wagner: Alliances such as blockchain for Europe are an example of how self-regulation by industries can occur in the absence of government regulation and viable measures against bad actors in the sector. An example of this is Japan, which underwent a number of crypto money laundering incidents, leading the country’s primary financial regulator, Financial Services Agency (FSA), to approve the formation of the Japan Virtual Currency Exchange Association (JVCEA). This association is composed of the 16 licensed Japanese cryptocurrency exchanges and aims to self-regulate the industry. Though examples such as these may function in the short run, they cannot be the only option in the long run. It is evident that the blockchain and crypto space needs clearer, more comprehensive regulation than what currently exists in most jurisdictions. This will not only allow the sector the thrive, but it will encourage greater mainstream adoption of the technology.

BR: Many say that 2019 will see a boom in institutional Blockchain investment. Do you agree?

Wagner: In many ways, I do believe this will happen in 2019. Over the course of 2018, many jurisdictions have come to the realization that regulation of the blockchain and cryptocurrency space will be essential, and have been working towards this accordingly. Already over the past year, large institutions such as Goldman Sachs, IBM, and NASDAQ moved to integrate blockchain technology into their business, proving that there is already interest in large corporations for this technology. Furthermore, I believe that many of the regulations being worked upon in 2018 will be put in place in the coming year, which will, in turn, encourage more institutional investment and trust in the technology.

BR: INVAO functions with automated trading. Could you tell us a bit about that?

Wagner: The INVAO platform uses automated arbitrage trading, which harnesses the power of AI to ensure an increase in profits through the buying and selling of assets an incredible speeds. Essentially, with this technology, assets are bought when they are at a low price, then sold on exchanges where the asset prices are higher. This is a unique system which transforms market volatility into strength and is something which expert investors and portfolio managers, such as the INVAO team members, already do in the traditional market. This is particularly important as it reduces the opportunity for human error in trades, and is an example of how technology can be leveraged to harness even the more volatile of markets.

BR: One of the reasons for the introduction of stablecoins is the ‘security’ of having the coins pegged to fiat currency. Have you seen any significant change in investors’ attitudes since this development? Are they more optimistic or indifferent?

Wagner: Stablecoins have had a limited effect on experienced crypto investors, but a larger effect on the newcomers. Stablecoins have not rendered the cryptocurrency space more stable, but they have perhaps encouraged entry to space for investors who were previously hesitant. These newer investors now have a more reassuring understanding of the value of their investments in relation to a tangible asset. In many ways, stablecoins establish a clearer link between the cryptocurrency space and the traditional finance sector, which in itself could make many investors more optimistic about the potential for future development of crypto investing.

Wagner: Over the coming year, INVAO aims to continue and build upon its activity in the Middle East, a focus region at the moment, where we are hosting an investor roadshow with events in Dubai, Kuwait, and Saudi Arabia. We will also be engaging with investors and stakeholders across Asia, beginning in Singapore, as a central pillar in our global expansion strategy and another stage of our investor roadshow.

INVAO would like to build out an empowered network of investors who will have unprecedented investment routes to the crypto-asset space across the globe. As a whole, we will continue to support regulation of the space, as well as industry advancement and adoption of blockchain technology as a whole.

INVAO is the Blockchain Asset Pool for investors. Safe, convenient, compliant and highly profitable — we trade a diversified portfolio of Blockchain assets and cryptocurrencies, represented by only one single token.