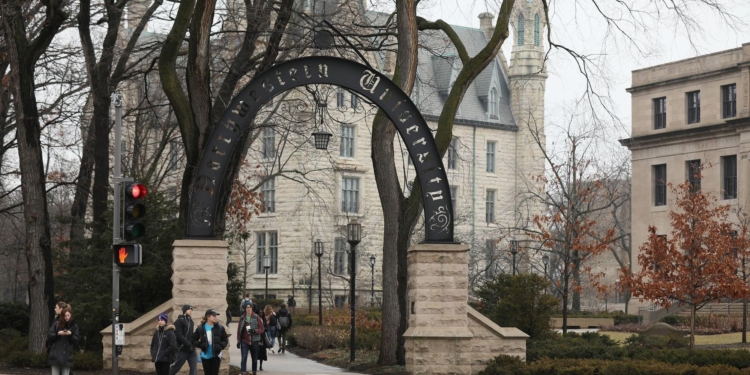 Those of you who were with us this past December will remember the Achilles’ heel of the current Bitcoin protocol; scalability. The maximum throughput of the Bitcoin network is currently 3-5 transactions per second.

As network traffic fills up the blocks, transaction fees skyrocket and delays mount up. For Bitcoin to make its proper entry into the mainstream, that number needs to go up quite a lot. Various fixes have been proposed to tackle this issue, from Bitcoin Cash with its increased block size to the Lightning Network with off chain scaling.

Neither of these projects is without controversy, however, and they have led to many heated debates in the cryptocurrency community.

A team at Northwestern together with BloXroute are now developing another angle of attack; compressing the space each transaction takes up on the block. Effectively this has the same result as increasing block size – fitting more transactions per block – but without actually increasing the strain on validator nodes like you would see with increased block size.

The teams working on this acknowledge that there is one trade-off – this approach requires nodes to rely on BloXroute’s protocol for compression of the data. While this should not impact the number of Bitcoin miners or validator nodes, it does lead to increased centralization in how the nodes are synchronized. As with increased block size, it would also lead to lower transaction fees – and lower fees earned by the miners.

Whether that part is desirable is another matter of controversy – the higher the fees, the more incentive for miners to protect the network, but at the same time higher fees may stand in the way of adoption, and will make small payments in Bitcoin untenable.

The team at Northwestern have been working on this issues since March 2018, and caution that the project is still very much in its infancy.

Even so, they have managed to reach throughput upwards of 100 times that of the current Bitcoin network in their test environment, and they hope to take those numbers higher still.

For comparison, VISA and Mastercard, at the cost of total centralization, are currently able to process more than 5000 transactions per second.

If Bitcoin ever hopes to become a world currency, it will undoubtedly have to surpass that. It may be that even if BloXroute is successful, their approach will have to be combined with others to indeed take Bitcoin into the world of banks and tech illiterate grandparents. But their plan may be one of the pieces of the puzzle.

Venture Capitalists are Quietly Positioning Themselves to Enter Cryptocurrencies