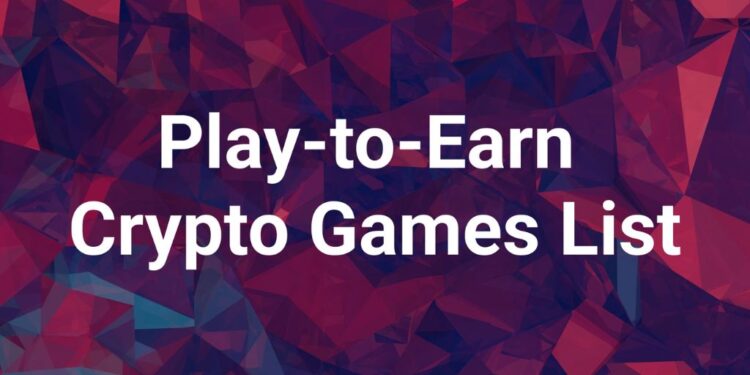 Have you collected any NFTs yet? These Non-Fungible Tokens have been all the rage for the last couple of years in terms of art and collectibles, but how much have you heard about how they can be used in play to earn games?

There are literally billions of gamers in the world, and only a tiny minority of people is part of the crypto and NFT community. Not only does non GamStop casinos and gaming present one of the best examples of the application of NFT and Web3 tech, but blockchain games are the clear road to onboarding countless millions to the web3 world and play to earn space!

How Do Games Use NFTs?

Games have already been trending for a long time toward the idea of game assets being “owned” by players. They may have said that in-game asset “belonged” to you, but could you sell it if you wanted?

In NFT games a player can actually own in-game assets. There are ways the player can be rewarded for holding and playing with these in-game items in the game, but they can also be removed from the game and traded freely on secondary peer-to-peer markets.

Can you Really Earn from Playing?

Absolutely you can. If the game developers have created an effective reward-based economy, then players can be actively rewarded for their participation in play to earn games.

Generally, the rewards you can earn in these games are real cryptocurrencies that can be withdrawn and traded on external exchanges. As you earn tokens, you can enhance your power to pull in more play to earn rewards, or you can withdraw and sell your assets.

Let’s take a look at a good variety of NFT games. Some are still being created and others are already playable. Each one is reputable and has a future that is full of rewards, especially for early owners and players.

We’ll start off with the play-to-earn game that most people have heard of.

The basic idea of this NFT game is you are also a collector of disgustingly cute little creatures called Axies. They get bred together and battled against one another with their individual stats and skills.

A lot of collectors have been able to make substantial money playing Axie, but lately with drooping asset values that’s probably on the decline.

One of the first web3 ownership games

A little boring and repetitive

Must own to make substantial earnings

Town Star is a high quality blockchain game in late beta open play from Gala Games. It’s free to play for anyone, but to earn money as TOWN, you must own NFT in game items and play with them in the game.

For players who do not wish to own assets, the farming simulator and building game is also competitive. If you get good enough, you can get into one of the many regular Town Star competitions to win real money or in game items as prizes.

In May of 2022 alone, Town Star gave away more than $2 million to players who finished in the top 2000 places of four different contests throughout the month.

The game recently stepped up the pace to full release, naming a new project lead who was the former game director of classics like Farmville and Command and Conquor 2: Red Alert.

●  Built by the creators of Farmville 2

●  Not fully released yet

●  Not enough ways to use TOWN

This blockchain game puts the gaming industry famous Match 3 genre entirely into a blockchain game for the first time. It’s actually a spinoff of the above mentioned free to play farming sim, Town Star, and is made by some former Town Star team members.

The game is currently only available from time to time in a lite version, with no real earning potential yet, which it will eventually need to be truly among the best NFT games.

Still, there have been community challenges and competitions already in which over half a million dollars in prizes have been given out already. This is a pretty big amount in a short time among free NFT games, and players have also won free NFTs from in game assets used in other NFT games.

●  Only available part of the time

●  No earning mechanics yet

When blockchain gaming is able to break into the worldwide esports industry, that’s when we’ll know that we’ve made it to the mainstream.

Spider Tanks is one of those games you can imagine being a catalyst to that shift. The game is sharp, quick, fun and skill driven.

The game is a PvP brawler published by Gala Games, where teams of 3 go head to head in a few different modes of gameplay.

Battles are quick, and there are lots of items already out there on the secondary market that you can own for Spider Tanks, including Lands (battle maps), Tanks, and Tank Parts.

One of the most exciting parts about Spider Tanks is that Tank NFTs can be upgraded permanently through gameplay, which will increase the NFT’s value on secondary markets if you ever decide to sell in game assets.

The game is free to play, and those who don’t own tanks can rent them from players that do to engage in play to earn.

●  Lots of ways to play and earn

●  Will later allow free players to earn as well

●  Economy functions not released yet

●  Matchmaking can be difficult

●  Not enough players yet

This game is for serious trading card game players; it uses a lot of tried and tested TCG mechanics. Players can earn GODS tokens (the governance token of Gods Unchained) and other in game assets as rewards for PVP battles.

Games of Gods Unchained can take 15-30 minutes. The mechanics are quite complex, and there are a ton of different NFTs as in game items that you can use in PVP battles.

Gods Unchained is widely considered on of the best NFT games out there, and was arguably the first game among blockchain games that made a big splash.

Gods Unchained is certainly one of the most popular free NFT games out there, but new players may find both the complexity and the power of long time players overwhelming.

If you’re not afraid of a grind and you love a trading card game, check out Gods Unchained. If you’re looking for something to get in on early though, check out some of the other games on this list.

●  It’s been around for a long time

●  Difficult to get good at

While this game has only been released in limited playtests and only run a single sale, it’s pretty easy to tell that Superior will be one of the best crypto games of late 2022 and beyond.

We included it in this list because it represents a really important shift in the world of Web3 gaming. This is where Web3 games become indistinguishable in terms of quality from Web2 games.

Superior is absolutely stunning with its style and artwork. It’s a 3rd person roguelite where you play as different NFT characters. These characters can be upgraded and customized to some degree.

On top of the awesome gameplay, the story is pretty cool too. The evil superheroes have grown too powerful and now it’s your job to stop them and save the world.

●  May be too challenging

Here’s another game with a style that’s completely new and different, thanks to all the additional possibilities provided by web3 ownership.

The game is a hybrid 4x with RPG battle elements. It’s also a cyclical game with the idea built right into the story that the cycle repeats itself every 60 days.

Players will spend approximately 3 months collecting mercenaries and leveling them up, preparing their castles and making alliances.

Then at the end they will all make a rush to see who will win the seasonal prizes. There will also be daily quest prizes. Lots of prizes, and old-school RPG style combat. Good stuff.

Did we mention that Eternal Paradox will be a fully optimized mobile game?

●  No release date yet

●  No economic paper yet

How do I make money in play to earn games?

In most play to earn games, there’s a clear way to earn money that the game will tell you about in the tutorials. Usually this involves owning in game assets, but sometimes free to play players can earn rewards right out of the gate. Some games give you rewards as you complete quests, battle other players, or sometimes just for playing and boosting the daily active users in the NFT game.

How do I know which digital assets are best?

This is a bit of where doing your own research comes in. Every blockchain game has different ways they organize their digital assets. Most typically use a rarity system, where more common digital assets will be printed in larger numbers. In many games, rarer items will have better stats and offer higher play to earn rewards.

Are NFT games pay to win?

Many games out there you can pay a bit for a small advantage in the game, and some of the games in the web3 world are no different. Most game designers aren’t looking to make it so the player with the deepest pockets wins. In fact, that’s one of the advantages of play to earn gaming! Since game developers don’t have to reward purchases with only power in game, they can level the playing field a lot more between the whales and the minnows.

How much money can you really make in a play to earn game?

That depends entirely on you! Some players are set for life from their P2E adventures. Many more players have augmented their incomes with a modest trickle of rewards from playing a game that they already love.

The Future of Gaming is Here

We just took you very quickly through some of the most promising, high quality crypto play to earn games.

The games above are either out there in the world and playable right now, or coming very soon.

That’s what it boils down to: The freedom from commitment. The freedom to decide for yourself on a daily basis what you want to support with not only your play time, but your hard-earned money.

Get out there and start playing some earn crypto games!

Fight monsters, battle players, explore some of the early access games out there. Before you know it, you’ll start to earn tokens and feel the power of blockchain gaming.

Welcome to the world of web3 and non-fungible tokens.