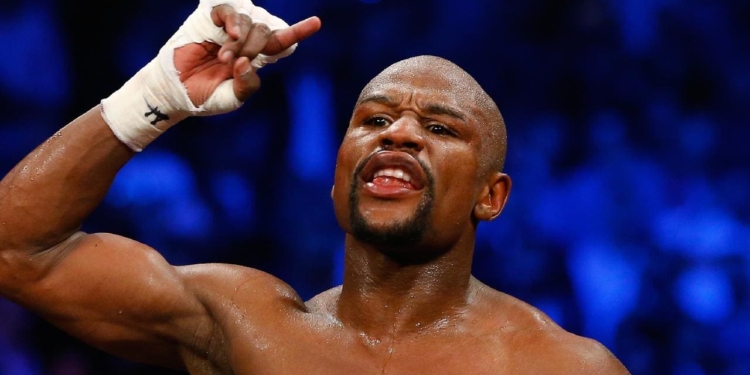 Retired flamboyant American boxer turned initial coin offerings (ICO) promoter, Floyd Mayweather and famous music producer, DJ Khaled have both been served with a class action lawsuit by participants in the scam ICO Centra Tech, which they actively “hyped” last year, according to a Finance Magnates report  on October 22, 2018.

Mayweather and DJ Khaled actively advertised the ICO project on social media late last year, with the former posting a tweet  on Twitter on September 18, 2018, urging his millions of followers to participate in Centra’s CTR token sale.

“Centra’s (CTR) ICO starts in a few hours. Get yours before they sell out, I got mine.” Mayweather tweeted at the time.

Centra Tech  claimed it was looking to create a distributed ledger technology (DLT) powered multi cryptocurrency card in partnership with Mastercard and Visa.

The team also claimed holders of its CTR tokens would be able to use their Centra card to buy goods with cryptos from 36 million supported merchants across the globe.

Additionally, the ICO project displayed fake details of its team members and the US SEC also alleged that Centra Tech manipulated the price of its CTR token which was never registered as a security by the startup.

And Centra Tech Kicked the Bucket

On April 2, 2018, the SEC filed a lawsuit in a Manhattan federal court against the founders of Centra Tech, Sohrab “Sam” Sharma and Robert Farkas.

According to an SEC statement, Farkas was apprehended by security operatives on April 1 2018, while trying to board a plane to flee the United States.

Celebs to Be Jailed?

It’s worth noting that although Mayweather and DJ Khaled were not named in the SEC suit at the time, the financial watchdog has always made it clear  that celebrities who promote fake crypto projects are liable to get punished.

While the details of the new civil lawsuit filed by Centra Tech investors reportedly includes Mayweather and Khaled, it remains to be seen how the entire drama will unfold eventually.