by Mushu Butt
in bitcoin news
0 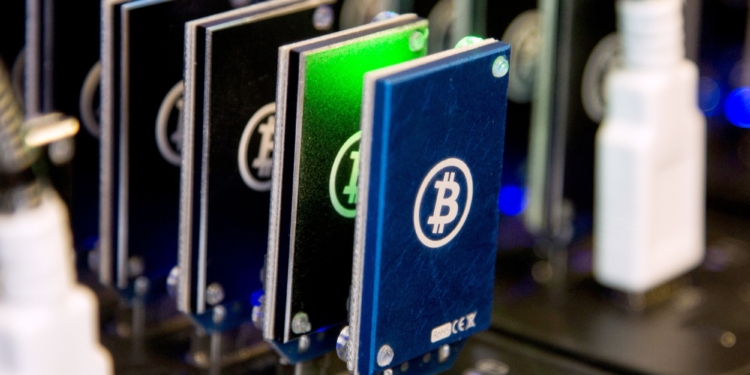 Why are Bitcoin miners concentrating on certain regions while staying away from others? Which nations have the greatest capacity for the establishment of new mining activities, specifically? These are the questions that are going to be addressed in this article. Additionally, it illustrates why Sweden is home to the most significant Bitcoin mining business in all of Europe.

The Last Safe Haven for Bitcoin Mining in Europe

Let’s first determine the size of the Bitcoin mining sector in Sweden. Frequently, Cambridge University releases its Bitcoin Mining Map, which estimates the percentage of hashrate emanating from various nations. According to the January 2022 report, Swedish miners produce 0.84% of Bitcoin’s hashrate.

This percentage multiplied by the Bitcoin network’s electricity use at the time yields an estimate of 80 MW for Swedish Bitcoin mining power consumption. The estimate from Cambridge is more than a year old, so let’s verify an updated estimate derived from locating as many Swedish Bitcoin mining facilities as feasible and obtaining power consumption estimates from Swedish miners.

Experts believe that the Bitcoin mining sector in Sweden consumes approximately 150 MW. Based on Hashrate Index’s Bitcoin Mining Energy Consumption Index, which presently stands at 8.1 GW, this power consumption corresponds to a 1.8% share of worldwide hashrate generation for Sweden. Additionally, Sweden is home to a number of GPU facilities that previously mined Ethereum and are currently mining altcoins or performing high-performance computing.

Importance of Bitcoin Miners in Sweden

Swedish miners are not the largest contributors to the security of the Bitcoin network; yet, their contributions are still crucial. Swedish miners generate well over 1% of Bitcoin’s hashrate. Who are these people, and where do they conduct their business? The Bitcoin mining sector in Sweden is made up of a small number of international players and a small number of local data centers that mine Bitcoin as one of several operations they offer.

Hive Blockchain, Northern Data, and Genesis Digital Assets are the three most notable actors on the international stage right now. The entirety of the business is concentrated in the northern region of the country, which provides easy access to a plentiful supply of stranded renewable energy sources. The mining center with the most activity in the area is located in Boden, a picturesque little industrial town that is home to both Hive Blockchain and Northern Data.

A Plethora of Renewable Energy Sources

The abundance of renewable energy sources in Sweden is the primary factor that has led to the country becoming home to a sizable Bitcoin mining industry. In 2021, Sweden produced the fifth-most electricity per capita in the world. Sweden has become a popular place for Bitcoin miners seeking carbon neutrality, as 98% of the country’s electricity is generated from ESG-friendly sources.

Hydroelectricity and nuclear power together make up the majority of the nation’s electricity generation, accounting for 44% and 31% of the total, respectively. Wind power is also becoming an increasingly important source of energy in the country; at the moment, it accounts for 16% of total generation.

Sweden is the third-largest country in Europe by land area. The majority of the country’s 10 million inhabitants reside in the south. In the meanwhile, almost all hydropower is generated in the north. The wide distances between hydropower facilities in the north and demand areas in the south make it difficult to construct the required transmission capacity to connect these isolated regions.

Consequently, major transmission limitations exist between the north and south, prohibiting the transfer of hydropower from the north with zero marginal cost. As a result, electricity is less expensive in the north than in the south. Previously, electricity prices in the northern and southern regions of the country were comparable, but in 2021, major price disparities occurred. The southern region of Sweden is well-connected to the European energy market by submerged power cables.

Therefore, by the second half of 2021, the rising electricity prices in Europe will have rapidly expanded to southern Sweden. Between 2018 and 2020, the average spot power price in southern Sweden was $41 per MWh. The price per MWh increased to $82 in 2021, making Bitcoin mining prohibitively expensive. In 2022, the average price of electricity reached an all-time high of $148 per MWh, forcing even the most energy-efficient ASICs into negative cash flow territory.

Sweden is one of the few nations where running a mining farm is quite simple. This Arctic nation’s cold temperature naturally cools heat-generating mining operations. Between the coldest and warmest seasons, the average monthly temperature in Boden, the Bitcoin mining center of Sweden, ranges from -9C (-15F) to +17C (+62F). For Bitcoin Mining, the situation hardly gets much better.

The climate makes maintaining and operating a mining operation easier than in hotter Bitcoin mining areas, such as West Texas. Miners can operate air-cooled operations without having to construct new cooling infrastructure. Additionally, machines may endure longer. The low failure rate brought on by the cold temperature also translates into lesser maintenance issues, which could minimize operational expenses.

Due to its inexpensive renewable energy and cold temperature, Sweden has developed a substantial Bitcoin mining industry that generates significantly more than 1% of Bitcoin’s hashrate. Northern Sweden has been spared the energy price increases that have devastated Europe since late 2021, making it one of the few Bitcoin mining sanctuaries in Europe.

It is vital to emphasize that electricity is only inexpensive in northern Sweden, not in the south. However, major electricity price risk also exists. Nevertheless, given it takes time to construct big industrial enterprises, Bitcoin miners have a minimum three to five years left in this country with cheap electricity costs and ideal operational facilities.