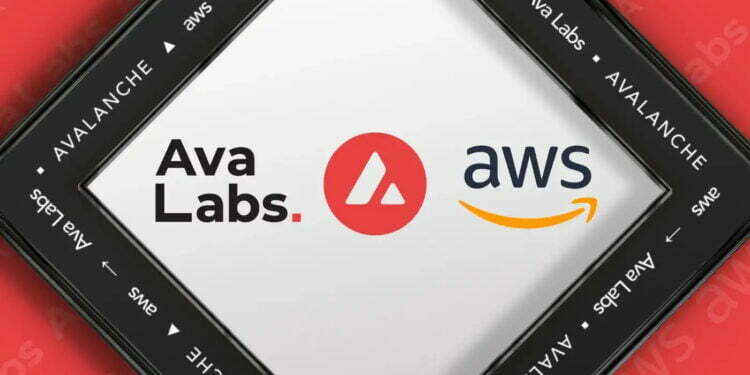 Imagine a world in which all types of transactions, including the sale of a home, the purchase of an asset, and the settlement of a claim, are completed in no more than a few seconds. Contracts, payments, and receipts are all part of a single activity, and the history of the trade is continuously logged. This action ties together all three components. Since there is no requirement for a third party to be involved in the transfer, it is possible to sidestep centralized intermediaries like banks, brokers, and agents.

The foundation of this system is blockchain technology, which refers to decentralized digital ledgers that are immutable and maintain a growing list of transactions that are kept in “blocks.” Blockchain technology is being rapidly adopted by mainstream businesses in order to reduce their overhead costs and provide their consumers with goods that are quicker, safer, and more transparent.

As part of their joint effort to build this future, Ava Labs and Amazon Web Services (AWS) have joined forces in order to expedite the adoption of blockchain technology by businesses, institutions, and governments. Through the AWS Marketplace, AWS provides support for the infrastructure and dApp ecosystem of Avalanche, including the ability to deploy nodes with a single click. Importantly, Avalanche node operators can run in AWS GovCloud for FedRAMP compliance use cases. This is an essential capability and a prerequisite for businesses and governments.

Emin Gün Sirer, Founder and CEO of Ava Labs, said: “It has been a huge boon for both individual and enterprise developers to be able to spin up nodes and test networks on the fly with AWS in whatever legal jurisdiction makes the most sense for them. I’m proud that we’ve implemented a protocol that can accommodate millions of participants with near-instant finality. Our work with Amazon can accelerate the positive impact of Avalanche.”

Developing the Future of Web3 with Ava Labs and AWS

Ava Labs has become a member of the AWS Partner Network (APN), which enables the company to assist customers in deploying bespoke services on AWS that are connected to over 100,000 partners in over 150 countries. Ava Labs intends to bring Subnet deployment as a managed service to the AWS Marketplace in the near future. With this development, organizations and individuals will be able to create custom Subnets with only a few clicks.

John Wu, President of Ava Labs, said: “AWS is so valuable as it streamlines developers being able to go from zero to in-production with dedicated infrastructure. This is especially important to early-stage and startup Web3 projects who really benefit from that blockchain-as-a-service model. AWS Activate is an excellent resource for developers to bring apps to the masses with Avalanche’s trailblazing speed, security, and scalability at their core.”

In order to make this functionality more robust, Ava Labs plans to introduce a feature that allows validators responsible for securing the Subnet to be distributed over a variety of locations and availability zones. The collaboration between Amazon and Avalanche makes it simpler for more people to establish and administer nodes on the Avalanche network, which in turn provides the network with even more power and flexibility for developers.

Howard Wright, VP and Global Head of Startups, AWS, said: “At AWS, we are all about bringing the most cutting-edge technologies to builders, no matter if they sit in a multi-million-dollar enterprise, a government office, or a dorm. The new capabilities brought by Avalanche enable us to do just that. We’re thrilled to add an innovator like Ava Labs to our partner network and to support new tooling for Avalanche’s infrastructure and ecosystem, helping to expand its adoption to new geographies and customer segments.”

Ava Labs has also joined AWS Activate, which means that the advantages of AWS credits will now be available to builders working within the Avalanche ecosystem. Finally, Ava Labs and Amazon Web Services are working together to host events for business owners and developers. These events, which include the Avalanche Summit, Avalanche Creates, and hackathons, are designed to assist anyone, regardless of their level of technical expertise, in achieving their objectives with regard to building on Avalanche.

Avalanche is the platform for smart contracts that is both the quickest and most trustworthy in the world. Web3 developers are able to deploy highly scalable applications with ease thanks to the groundbreaking consensus protocol and novel Subnets that it utilizes. You can deploy on the EVM, or you can utilize a VM that you have created yourself. On the eco-friendly blockchain that was intended for Web3 developers, you can build anything you want in any way you want.

Ava Labs simplifies the process of deploying high-performance solutions for Web3 and is driven by advances on the Avalanche platform. Cornell computer scientists were the original founders of the company; they partnered with Wall Street industry veterans and early Web3 figureheads to implement an enticing vision for reimagining the way people develop and use open, permissionless networks. With the help of Web3, Ava Labs is revolutionizing the method by which people generate value.