The Rise, Fall, And Resurrection Of Terra Luna 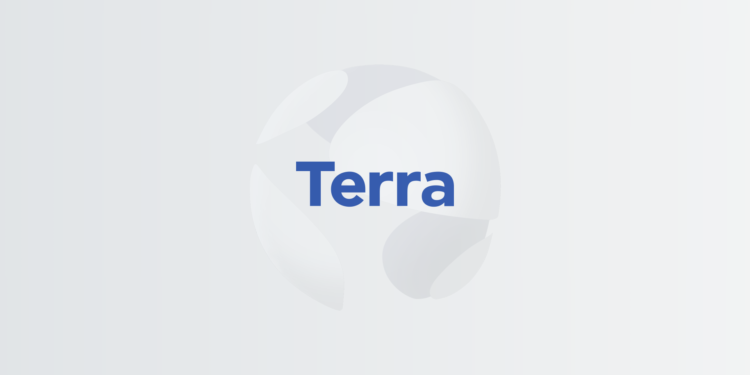 The stunning collapse of the Terra blockchain project and its two tokens, the UST stablecoin and LUNA utility token, was an unprecedented event in the short and extremely turbulent history of cryptocurrency. It reportedly vaporized billions of dollars in crypto wealth and left thousands of investors virtually penniless.

With so many people losing so much, there were a lot of eyebrows raised when, just a couple of weeks later, Terraform Labs founder Do Kwon announced an audacious plan to revive the Terra blockchain via a fork, and with that, the launch a new token that’s now known as LUNA 2.0.

What Happened To Terra Luna?

The Terra blockchain was one of the most ambitious cryptocurrency projects ever launched, with the goal of becoming a hub for decentralized finance. Key to this plan was Terra’s unique, algorithmic stablecoin TerraUSD, otherwise known as UST.

Do Kwon’s thinking was that having a stablecoin is absolutely fundamental to the success of any DeFi ecosystem. Crypto traders and speculators don’t like cashing out into fiat dollars because it’s time-consuming and expensive and invites lots of hassle and problems. Because of this, stablecoins have become incredibly popular. Decentralized exchanges use stablecoins such as Tether and USDC to settle transactions and create trading pairs, and investors always keep a supply on hand to quickly move into, and out of positions.

However, not everyone trusts stablecoins. Tether and USDC are both asset-backed stablecoins operated by centralized companies that effectively maintain control over those tokens and have the ability to freeze users’ wallets at any time. That goes against the very idea of decentralization. Adding to the concerns, especially in the case of Tether, is a perceived lack of transparency over the exact nature of the assets it uses to back the USDT token.

Do Kwon created UST as a decentralized alternative to those stablecoins, but he didn’t have billions of dollars worth of cash and other liquid assets to back the coin up with. To that end, he instead created UST as an “algorithmic” stablecoin that maintains its 1:1 peg to the U.S. dollar using a complex mathematical algorithm.

How UST Was Supposed To Work

According to Terra’s whitepaper, the goal of the project was to create a truly reliable and scalable peer-to-peer electronic cash system. The plan involved two coins whose fates were closely intertwined with one another –  the price-stable UST and the growth-driven LUNA that would help UST maintain its peg without the need for cash reserves.

Terra’s mechanism relied on smart contracts that were designed to anchor the price of UST to the U.S. dollar. It worked by incentivizing holders of LUNA to burn or mint new tokens to earn arbitrage rewards. So, if UST’s price rose above $1.00, LUNA holders could earn a profit by swapping $1.00 worth of LUNA to mint a new UST token. They could then sell these tokens for a slight profit. As more people did this, it had the effect of diluting the supply of UST to bring its value back down to $1.00.

On the other hand, if the price of UST fell below $1.00, UST holders could earn a risk-free profit by swapping their UST at a 1:1 ratio for LUNA. The UST would then be burned by Terra, reducing the supply of tokens and bringing its value back up to $1.00.

UST worked well enough but it wasn’t until early 2021 when it really took off in popularity with the launch of Anchor, a DeFi protocol designed to encourage people to invest in its ecosystem for an eye-popping 20% APY. Following the launch of Anchor, LUNA’s price increased one-hundred fold, while almost $10 billion worth of UST was minted. LUNA became a top ten cryptocurrency token in terms of market capitalization, while UST emerged as the fourth-largest stablecoin behind Tether, USDC and Binance USD.

In an autopsy of Terra’s collapse, AAX Academy, the research arm of the AAX Exchange, explained the importance of the Anchor Protocol and its role in UST/LUNA’s growth. It noted that the reward on offer was orders of magnitude better than any bank would offer. Due to that, Anchor attracted vast amounts of money that was traditionally earmarked for low-risk investments.

“Demand for UST increased rapidly, leapfrogging the market cap of many more established fiat-backed stablecoins like TUSD, GUSD and algo cousin DAI,” AAX Academy stated. “Most of that demand came from the unusually high 20% APY rewarded to stakers of UST on Anchor Protocol.”

How It Fell Apart

Despite a few wobbles and numerous critics labeling Anchor Protocol as a “scam” or a “ponzi scheme”, UST managed to retain its 1:1 peg with the U.S. dollar for over a year, only to come crashing down in the blink of an eye. On May 9 UST suddenly depegged, but instead of regaining its peg as many assumed it would do, it kept on falling, with its value collapsing to just 7 cents within 48 hours. Meanwhile, LUNA collapsed even more spectacularly, falling from its April peak of $116 (when it had a market cap of over $40 billion) to just a fraction of a cent by May 11.

Though the crypto industry has seen these kinds of implosions before, it had only ever happened to small-cap memecoins – for a token as big as LUNA, it was simply unprecedented.

“Luna’s price went sub-zero, got delisted and relisted by major exchanges, and its supply increased by 20 fold. All within just a couple of days really,” AAX Academy wrote. “Many millions went up in smoke. Both the cash parked in the ‘safe’ option on Anchor as well as money held in LUNA.”

The actual cause of Terra’s crash remains unclear, though there has been speculation that the ecosystem was targeted in some kind of an attack launched by hedge funds.

Just week’s prior to the collapse, Do Kwon made known his plans to buy $10 billion worth of Bitcoin with the intention of using it as a reserve asset to help UST defend its peg. In theory it was a solid idea, because Bitcoin is a bearer-asset, fully decentralized and not embedded into the TradFi system, unlike Tether’s commercial paper reserves, for example.

However, critics of the move, including AAX Academy, warned that by doing so, Do Kwon was effectively putting a target on UST. AAX noted that it would only take a few whales (holders of large amounts of BTC) to destabilize UST’s peg and create a bank run, forcing the Luna Foundation Guard to sell off its reserves so they could pick up BTC on the cheap.

That appears to be what happened. An extremely popular theory emerged in this Twitter thread that has since been retweeted over 10,000 times and has more than 31,000 likes. It claims that one cryptocurrency wallet suddenly dumped over $350 million worth of UST in an attempt to push it off its peg and force the price below $1.00. This led to the LFG aggressively selling off its Bitcoin holdings to try and maintain UST’s peg.

The theory goes that the attacker also held a major BTC short position and therefore wanted to see Bitcoin’s price go down. With LFG selling almost the entirety of its BTC reserves, that’s exactly what happened – Bitcoin’s price collapsed, netting the attacker an estimated profit of over $800 million.

For Terra the run was absolutely disastrous. By the middle of May there were more than six trillion LUNA coins in circulation with a price of $0.0002. While it was still theoretically possible to redeem UST for a massive amount of LUNA worth $1.00 and re-peg the stablecoin, the system fell apart due to a lack of buyers. LUNA had become worthless, no one wanted to touch it. So UST remained at just a fraction of its pegged value.

Terra’s collapse sent shockwaves through the cryptocurrency world, with virtually all other crypto tokens losing value in the days that followed. Anchor’s native token fell more than 70%, and even Tether briefly lost its peg to the U.S. dollar.

Will The Resurrection Succeed?

There was much more to Terra’s ecosystem than just UST. Indeed, the Terra blockchain was home to dozens of highly successful DeFi projects, including the popular DeFi protocol and various play-to-earn video games and NFTs. In order to save this ecosystem and try to return some of the lost value to LUNA and UST holders, Do Kwon quickly announced a reboot of Terra via a Terra 2.0 fork.

With the fork, Terra would resurrect its blockchain and the LUNA token but do away with the UST stablecoin in an acknowledgment that it had lost all trust. Once the community voted to go ahead, Terra quickly set about putting its plan into action and Terra 2.0 was born before the month was out.

LUNA 2.0 has, not surprisingly, seen a lot of volatility since its launch. Within minutes the new token popped, its value rising fast. That was followed by a just-as-rapid crash in the price as UST holders who received the new token via an airdrop decided to cash out while the going was good. However, LUNA 2.0’s price has since rebounded, driven by demand from those who believe Terra still has a future.

The jury is still out on Terra’s chances of rebuilding. As AAX explained, on the one hand it still has a strong developer community with lots of successful projects, the network runs smoothly and many of its dApps had a large user base. But on the other hand, with no 20% APY in the offing, Terra has lost the main driver of its original, meteoric growth.

Terra’s problem is it needs to bounce back from the most sudden and spectacular loss of confidence that was ever to hit any cryptocurrency project. Regaining that confidence won’t be easy. Terra has at least taken the most important step, opting for community governance rather than being led by Do Kwon himself. But the cryptocurrency crowd is a tough one to please though, and it will likely take a lot more than decentralized leadership for Terra to recover its lost prestige.