Vauld Crypto Lender Could Soon Be Acquired by Nexo 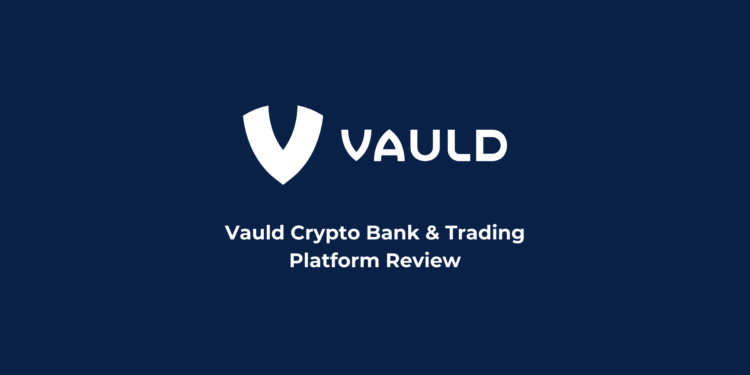 Details of the Potential Acquisition

According to details shared exclusively with an online publication on Tuesday, July 5, 2022, Nexo has signed an indicated term sheet with Vauld. According to the details of the document, Nexo is planning to acquire a 100% stake in Vauld, which is based in Singapore. Nexo has been granted a 60-day exclusive exploratory period in which to conduct due diligence.

The Nexo co-founder Antoni Trenchev told The Block that Nexo would first need to see what was on Vauld’s books before completing the acquisition. According to Trenchev, it could “take a little while” to do that. He added that thanks to the exclusive exploratory period, they were the only ones looking at the books for now.

Sings that there was trouble in Vauld first emerged on Monday when the crypto lender announced it had frozen customer deposits. All withdrawals, trading, and deposits were suspended. Additionally, the platform hired legal and financial advisors to look into restructuring options.

Nexo’s interest in Vauld stems from the huge traction that the platform has in India and Southeast Asia, which are markets Nexo has been eyeing for a while. Sanju Kurian and Darshan Bathija established the Vauld platform in 2018. At the height of its success, the platform was managing around $1 billion in assets.

How Nexo’s Vauld Buyout Could Play Out

According to Trenchev, the first step will be to look at whether it will be possible to restructure Vauld to make it functional again. As a result, it would be a profitable part of the Nexo group. However, Trenchev declined to comment on the size of Vauld’s balance sheet haul. However, according to one source, there is a double-digit hole in the millions of dollars.

When it comes to frozen clients’ deposits, Trenchev stated that they could refinance Vauld depending on how the exploration of the company’s books plays out. He stated that if Vauld had assets in staking for longer periods or had made investments for long periods, Nexo could take those and offer instant liquidity. However, if Vauld’s assets are lost forever, Nexo could replenish them if it makes financial sense.

Nexo Has Attempted To Buy Out Another Lender

Vauld is not the only company that Nexo has tried to buy out. In June 2022, Nexo made an offer to Celsius. However, the offer lapsed without any response from Celsius. Voyager Digital, an online crypto lending platform has also been facing headwinds. However, Nexo has yet to make an offer to them.

However, Vauld seems interested in being bought out. According to Bathija, operating under Nexo would place them in a position of strength. He added that it would allow them to continue to execute their fiduciary obligations to customers while also continuing in their ambitious roadmap, despite market conditions.