Why Popularity of Bitcoin is No Way Similar to Dotcom Bubble 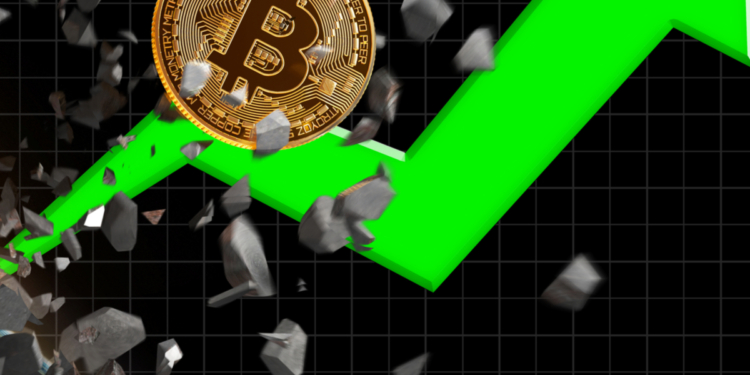 Time and again, Bitcoin has been termed as a bubble that will eventually “burst.” Several Wall Street investors, including George Soros, Warren Buffet, and Nobel Economist Robert Shiller, have related Bitcoin’s extraordinary growth to the infamous dot com bubble of 2000-2002, claiming that Bitcoin will eventually lose value. But how true is this?

The dot-com bubble occurred following a period of massive technological advancement in the 90s. The year 1997 saw substantial growth in the usage and adoption of the Internet by businesses and companies, leading to the increased launch of Internet-based companies, i.e Dot-coms.

Amazon.com went public, recording a 31% growth in share value in a single day. Business was booming, and many other internet-based companies followed suit, experiencing massive market gains. However, the party ended in the early 2000s forcing some companies out of business.

Bitcoin and the cryptocurrency market at large have displayed a similar stance to the Dotcom bubble. Numerous crypto projects are being launched, companies are raising huge sums on the public markets via initial coin offerings, and investors are pouring money into Bitcoin with the hope of gaining substantial returns.

As a result, society is divided into two factions: Those who view Bitcoin as the decentralized future of money and those who can’t wait for its eventual death. While Bitcoin’s growth is comparable to the ill-famed dot-com bubble, it’s in no way similar to it. Here’s a perspective on this subject.

For starters, the dot-com bubble, also referred to as the Internet bubble or the dot-com crash, was an investment frenzy in the late 1990s marked by excessive speculation where venture capitalists pumped millions of dollars into internet-based companies to get running hoping to gain significant returns. The period between 1997 to 2001 witnessed significant growth in the Internet space creating room for Internet entrepreneurs, futurists, and profit-seekers.

During this period, individuals with business ideas formed up websites and companies without a well-thought-out plan. Usually, business profitability and investment viability were ignored for marketing. The fear of missing out (FOMO) saw investors pour money into the new technology economy. Investors had unrealistic expectations of the Internet and hoped to become billionaires by investing in the space.

Most startups fundraised through initial public offerings (IPOs) where they listed their stock shares on NASDAQ– a global digital marketplace for buying and selling securities. As a result, stock prices exploded, rising the NASDAQ market barometer from approximately $1 000 in 1998 to $4 800 in early 2000. Most investors put substantial speculative capital into new internet companies notwithstanding their profits, future developments, or even lack of it.

As the startups continued to get more capital from IPOs, some even without recording a single profit, investors gained even more confidence in their investments. Accordingly, these companies’ stocks gained really high values on the market, without the companies making substantive profits. With time, investors figured out that they were not profiting and quickly turned from buying stocks to panic selling in March 2000.

Investors came to their senses and realized that the stocks were not being valued fairly, let alone the possibility of any market potential. The bubble exploded in April, with the NASDAQ market barometer falling from $4 800 to below $1,000, with close to a trillion dollars’ worth of stock lost in less than a month.

The effect? Most companies become bankrupt and ultimately shut down. However, not all companies from the dot-com era shut down. Companies such as Qualcomm and Cisco lost a massive portion of their stock and market capitalization but later recovered years after. Others such as eBay, Amazon, and Google also recovered, even surpassing the stock price during the bubble.

Reasons for the Dotcom Bubble Burst

While there could be various reasons for the bubble burst, two primary reasons for the dot-com bubble pop are the overvaluation of stocks and carelessness on the side of investors. Most investors did not take into consideration a company’s cash flow before putting their money into it. They were blinded by the stock boom at that time and often overlooked how the businesses would generate their revenue or even develop towards the future.

Besides, market analysts often overvalued stocks as they were using unnecessary metrics and inaccurate formulas to value dot-com companies. As such, analysts gave incorrect and overly optimistic values, which were often accepted by investors thanks to the overwhelming hype surrounding Internet companies.

A similarity analysis using the Dynamic Time Warping (DTW) and regression model to validate the claim that the Bitcoin bubble displays semblance to the dot-com bubble established that the bubbles are similar.

The analysis first established the growth and trend of both bubbles over time, then used R², overall F-test, and the standard error of the regression to determine the statistical relationship. The parallels between the dot-com bubble and Bitcoin’s growth were validated to be similar.

Besides the correlation of the Bitcoin and Dotcom bubble in terms of their price volatility, the two bubbles share psychological factors displayed via price fluctuations. The substantial price increase witnessed in both Internet companies’ stocks, and Bitcoin is massively linked to the media and the speculative behaviors of investors.

Investors with little knowledge of the new technology and who fear missing out pump millions of dollars in investments causing inaccurate price valuations. In both bubbles, massive media attention played a substantial role in growing their popularity and significantly impacted the price valuation.

In essence, economists and financial analysts are all in agreement that the dot-com bubble and the current bubble-like properties displayed by Bitcoin are pretty similar.

Why Bitcoin’s Growth is No Way Similar to Dotcom Bubble

While there is no denying that Bitcoin’s growth appears similar to the infamous dot-com bubble, it’s in no way similar to it. To begin with, Bitcoin and other cryptos such as ETH are definitely not like stocks or shares of a company.

Unlike stocks, Bitcoin is a decentralized, non-entity controlled, programmable, disinflationary digital asset that has the capacity of serving as a store of value, medium of exchange, and digital unit of account for the future and present. Comparing Bitcoin to stocks is like relating apples to mangoes-they are apparent differences.

Besides, unlike the dot-com bubble, where financial experts used several metrics to determine daily stock prices, Bitcoin’s valuation is based on supply and demand. Evaluating Bitcoin and the dot-com stocks is; therefore, different plus times have significantly changed since the dot-com bubble.

At the very least, if the Bitcoin bubble would burst, one thing is for sure: its underlying technology, i.e., blockchain, would remain for a long time to come. Blockchain technology  has found numerous real-world cases even outside the realms of cryptocurrency and will surely stay for a long time.

Wrapping Up- Bitcoin is here to stay!

To wrap up, Bitcoin’s extraordinary growth should not be compared to the infamous dot-com bubble considering that very different assets and time are involved. Better still, Bitcoin has gained massive acceptance in the financial space, and it’s lining up to be the future currency.

On a bigger perspective, the crypto market, just like the NASDAQ, will have clear winners and losers. Leading projects, including Bitcoin and Ethereum, would survive while others, close to 92% of crypto startups, will fail at some point.

This is in the same way leading projects such as Amazon survived the dot-com bubble while others such as Pet.com eventually shut down. Bitcoin would surely remain and would be instrumental in shaping the future of the crypto space. 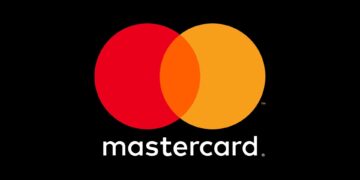 The Difference Between Cardano and Ethereum Networks