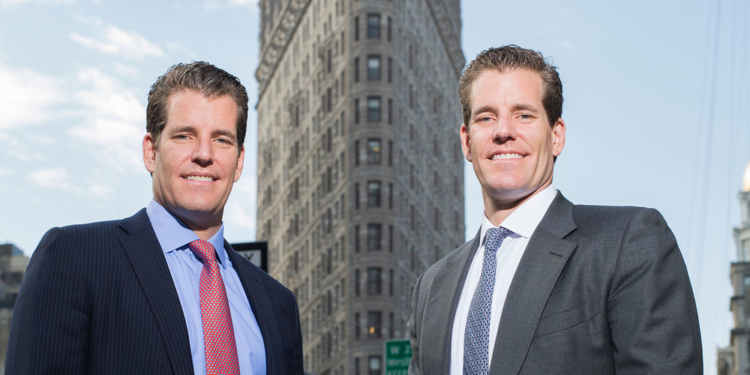 Cameron and Tyler Winklevoss are set to assist in the production of a movie based on their bitcoin story. The film is based on the 2019 real-life bestselling book “Bitcoin Billionaires,” authored by Ben Mezrich.

A report appearing on Deadline publication of Monday, June 8, 2020, says the twins have partnered with Stampede Ventures to produce a feature film, an adaptation of “Bitcoin Billionaires.” Stampede Ventures is the creation of former Warner Bros. President of production Greg Silverman that aims to fund blockbuster entertainment. Together with Jon Berg, they plan to work with the Winklevoss twins, the co-founders of Gemini Cryptocurrency exchange.

Bitcoin Billionaires is a super selling non-fiction book. It tells the story of an epic legal battle between the now renowned crypto twins and the founder of Facebook Mark Zuckerberg. The book tells the tale of how the brothers later stumbled upon cryptocurrency. They go on to make big bet with their fortune on the emerging technology.

No Strangers to Mezrich

The Winklevoss twins are no strangers to Mezrich. They previously co-produced another Oscar-winning movie, “The Social Network.” The film is based on his book “The Accidental Billionaires.” After reading the “Bitcoin Billionaires,” described the upcoming film as “‘Rocky II’ meets ‘Wall Street'” and told Deadline:

“Cameron and Tyler’s remarkable redemption story, coupled with Ben’s masterful writing, would lend itself to a one-of-a-kind movie.”

Mezrich’s first wrote on the twins in “The Accidental Billionaires.” The 2019 book tells the story of how Mark Zuckerberg “stole” an idea from the twins and used it to create the giant social networking site Facebook.

“Bitcoin Billionaires” tells what follows the ensuing court battle in the “Bitcoin Billionaires.” He correctly explains how the Winklevoss twins entered the world of cryptocurrencies. After winning the lawsuit in June 2011, the twins invested $11 million in Bitcoin in 2013. They become the world’s first Bitcoin billionaires on November 26, 2017. A portion from the book’s back cover reads:

“Bitcoin Billionaires is the story of the brothers’ redemption and revenge in the wake of their epic legal battle with Facebook. – and the first great book from the world of bitcoin – while nursing their wounds in Ibiza, they accidentally run into a shady character who tells them about a brand new idea: cryptocurrency.”

With the Winklevoss twins involvement, the movie is expected to create a substantial positive impact for cryptocurrencies on bitcoin. Cameron and Tyler Winklevoss went on to launch the renowned Gemini regulated cryptocurrency exchange  and the Stablecoin Gemini dollar (GUSD).