Zilliqa Price Prediction: What Is Waiting for ZIL? 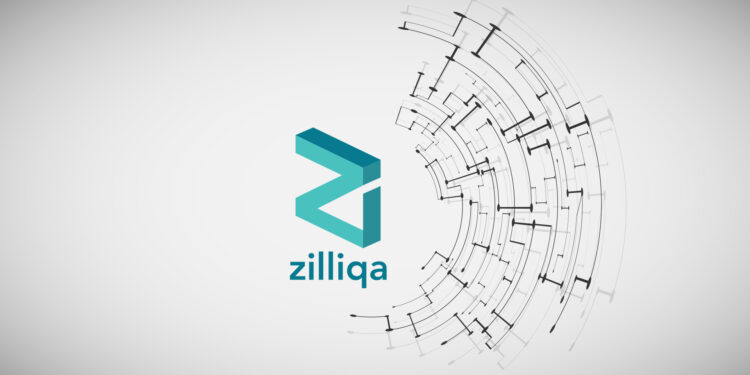 Though many currencies have invaded the much-sought-after crypto market, the most-talked about and high-ranked coin is Zilliqa (ZIL) which is an ERC20 token. The short growth span of the crypto world has made relatively new coins like Zilliqa (ZIL) get awareness among crypto traders and investors. Let’s look at Zilliqa’s future potential and prices from our Zilliqa price prediction.

Zilliqa is a decentralized blockchain network, enabling developers to build decentralized applications (DApps) on the network for enterprises using smart contracts and sharding technologies. The network is based in Singapore, and it was launched in 2017, co-founded by Amrit Kumar, the current president; Yaoqi Jia, currently chief scientific officer; Xinshu Dong, a board member; and Max Kantelia, a board member and an adviser. It implemented the Ethereum network before starting its own journey and is home to many decentralized applications. Zilliqa is the first public blockchain network which uses sharding technology.

Sharding refers to the use of side chains (or smaller blockchain networks attached to the mainnet) to execute specific tasks instead of burdening the mainnet with everything. It runs on Scilla’s programming language and implements practical Byzantine Fault Tolerance. Thus, sharding makes the blockchain network more scalable. Let’s look at ZIL’s current details.

ZIL is supported by a robust and high-bandwidth public blockchain platform. ZIL has addressed accessibility issues by implementing a hybrid consensus mechanism. The nodes of this network entirely rely on the Proof of Work (PoW) hash. A salient characteristic that stands out in this protocol is that it guarantees liquidity and ensures lightning-fast speed of transactions on the network. Zilliqa is able to process thousands of transactions per second compared to Bitcoin, where transactions can take up to 10 minutes to be processed.

Zilliqa combined enterprise-grade security features that have travelled a long way in ensuring that hackers cannot access its transactions or the DApps built on the blockchain network. It has never been hacked since it was invented, and developers have been developing excellent DApps that run on the blockchain, and the credit goes to the development of the Zyro protocol by Zilliqa.

By using the sharding method, Zilliqa has avoided congestion, which is a significant contribution to lowering mining fees and gas prices than other blockchains.

Zilliqa blockchain introduced its mainnet in 2019, and the ERC20 was swapped with Zilliqa (ZIL) tokens. Zilliqa conducted an Initial Coin Offering (ICO) that ended in January 2018, raising Ethereum (ETH) worth $22 million. At the time of the ICO, one ZIL coin was 0.0000084656 ETH, and only 30% of the ZIL’s total supply of 21 million ZIL coins was up for the ICO sale.

Zilliqa is currently trading near $0.04 with a market cap of $577,112,573. The Bollinger band’s upper limit is $0.05, an immediate resistance level. The strong resistance level is $0.1; if broken, we can see a bullish trend in the long run. Conversely, the Bollinger band’s lower limit is $0.03, an immediate support level; if it is broken, we can see its price fall to $0.02, which is a crucial support for ZIL’s future.

Zilliqa is currently showing bullish momentum, and it may continue in the near future. ZIL prices have been on a tear lately, and technical analysis indicates that there may be more upside potential in the future. The RSI is currently in bullish territory, and if it can stay above 50, it would signal that the bulls are in control. The MACD also indicates a bullish signal; if the MACD line can stay above the signal line, it would be a bullish sign for ZIL.

By the end of 2022, the price may end on a high note and reach $0.068. Based on ZIL’s price history and its fundamentals, it will gain more attention and market value in the next five years, and we anticipate that the price may skyrocket to $0.2 by 2025. In 2030, the bullish trend may continue, and it may touch the $1 mark, which will make a profitable return if you invest now.

According to Wallet Investor’s Zilliqa price prediction, going by the conservative trend and a cautious approach, it seems complicated that the coin would hold its position, and the ZIL price may trade around $0.13 by the end of 2022. In the next five years, the price might rise to an average of $0.395.

Does ZIL Have A Future? When Should You Enter?

ZIL network is set to join the Metaverse by releasing Metapolis. ZIL has also developed an NFT marketplace which will gain the hype of NFTs and the attraction of creators. Zilliqa proved to be one of the market’s most talked about and profitable coins. Keeping this in mind, this coin has a promising future, and it may fetch astronomical returns on your investment in the long run. A price of $0.03 may be a good entry point for an excellent investment goal.

Above all, Zilliqa Launches SDK for the Metaverse. A great hindrance, resulting from the delay between the input and the confirmation of the blockchain transfer, has bothered the development of the experiences of streamlined gaming within the Web3 sector. Zilliqa can provide nearly 2,500-per-second transfers with sharding, turning it into a major candidate to interconnect the Metaverse as well as Web3.

The value of ZIL coins is influenced by a wide range of variables, including advancements in technology, internal rivalry, market pressure to deliver, economic challenges, security concerns, privacy laws, political influences, reactions to recent news, etc. Zilliqa has an optimistic price history, and the development team behind the project is continuously putting efforts to give this coin a new height. ZIL has revolutionized numerous industries since its inception. However, it is advised to do your own research before investing in the market as the trend can change its path at any time.

When was Zilliqa Founded?

Zilliqa was established in 2017 and first sold as an ERC-20 token in January 2018. The tokens were later moved to the Zilliqa mainnet, which launched in 2019 and completed its token swap in February 2020.

How is the Zilliqa Network Secured?

Zilliqa’s approach to a secure platform involves its two-layer Practical Byzantine Fault Tolerant consensus mechanism. The first layer counters Sybil attacks by having shards process macro-blocks instead of the entire blockchain. The second layer confirms transactions and prevents hard forks in the network.

How to Choose a Zilliqa Wallet?

While you can store Zilliqa in any preferred cryptocurrency wallet, the Zilliqa team recommends using various digital and online wallets, including ZIL-specific wallets like Zillet or ZillPay Wallet. For hardware or cold wallets, Zilliqa is compatible with Ledger.