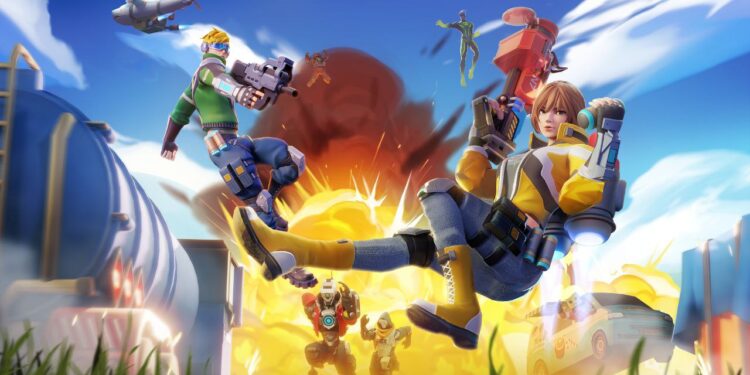 If you long for the days when you could trade in quarters for tokens and play games in which you could win handfuls of tickets that could be redeemed for rewards, then you need to look no further than blockchain gaming for a digital version of those experiences. If you’re bored with slower TCGs, turn-based games, and other categories that are staples of P2E gaming, Superpower Squad may be more appealing.

Superpower Squad is a blockchain TPS game with a superhero theme that includes MOBA, RPG, Roguelike, and Social Features gameplays. Superpower Squad features both PVP and PVE capabilities. Clans can be formed by players to engage in warfare and earn token rewards for victories. The fact that the blockchain game can be played in either Solo or Team modes throughout its whole, as well as how simple it is to begin playing it, both contribute to the overall excitement of the experience.

What’s In There For The Gaming Community?

Historically, the concept of NFTs has been included in games since most game items are easily transferred between players. The objective of the traditional gaming is to provide players with both fun and satisfaction; the finer the game, the more time and money people invest in it. Superpower Squad argues that assuming a game is worth playing, initiatives are typically made to entice players to embrace a certain gaming culture. Consequently, Superpower Squad aims to give gamers a trading platform for NFTs.

How Is Superpower Squad Enticing Investors?

EVG and Ankr are also participating investors of it. Superpower Squad creation of excellent playability and fulfilment is unique in the contemporary GameFi industry. The investment will be used by the game to further enhance the game’s sophisticated play modes and desktop edition, as well as grow its presence on GameFi. In terms of Superpower Squad’s chances of having an influence on the business, a superhero theme could achieve the expectations of launching GameFi 2.0.

The video game Superpower Squad is a third-person shooter with a superhero theme, and it was developed by a team consisting of more than 60 members. Project leaders from the conventional gaming community with much more than ten years of professional experience in games development imply that in the GameFi 1.0 era’s waning days, consumers perceive the potential of traditional cryptocurrencies.

Additionally, the team feels that the GameFi 2.0 era is approaching and that the need for playability and competence will start developing. This assists gamers in forming a personality inside the game’s culture and entertainment, allowing them to get value from the game itself. In addition, GameFi solutions can only flourish if they generate income through Web3, which will benefit teams that have been playing games over the years.

However, this game’s primary selling point is that it functions on the Binance Smart Chain and, despite the fact that it is free to play, purchasing earns you bigger rewards. It is mentioned in one of the Frequently Asked Questions (FAQs) on the official website that acquiring NFT heroes rather than adhering to the free ones may result in additional awards being earned. The game can be downloaded on Superpower Squad official website or Google Play and App Store.

Yoroi Wallet Staking: How To Stake Cardano With Yoroi