ETH Going to Zero? Buterin Blasts Suggests of Ethereum being Independent of Ether 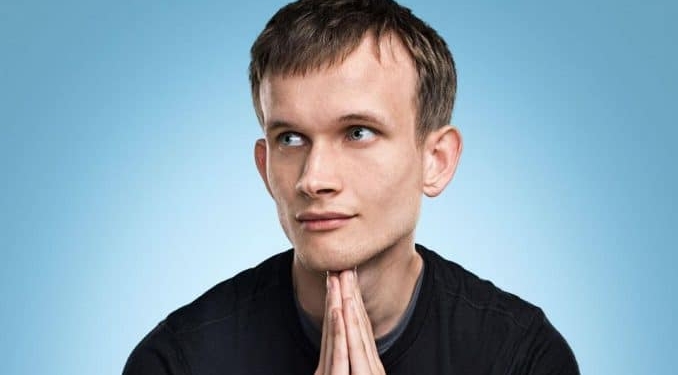 While the Ethereum blockchain serves many as a gateway to creating decentralized applications (dApps), there’s a slight probability that ETH – the token – may well be worth $0 in a few years.

Whispers across the broader cryptocurrency community sense the impending demise of ETH – with some traders placing the token at sub-$100 levels with most benevolent predictions.

“Crypto Hegde Funds” are not buying into the coin either; According to Forbes, cryptocurrency hedge funds and family offices believe Ethereum(ETH) will plummet further in 2018, despite the platform token already falling approximately 40% from its all-time high in December 2017.

Amongst the many is one Hidden Hand Capital, a San Francisco-based family office started by tech entrepreneur Timothy Young. The office reportedly handles $100 million worth of cryptocurrencies and has a “short” position in the ether.

Why? The writing on the wall is simple enough to read – ETH itself serves no purpose to the existence of Ethereum, and could well be a quintessential “shitcoin” in its truest sense. especially

Apart from a colossal failure to scale (CryptoKitties, anyone?) and the absence of a defined circulating supply, a more secure contract authoring practice and polarized voices sounding ETH’s future are two solid arguments to convince hedge funds of an imminent price collapse.

Regardless of Ethereum’s progress, ETH as an alternative to running the world’s commerce securely faces competition from several scalable, faster cryptocurrencies – especially DAG-based protocols like NANO.

Developers can create applications that operate as programmed – without the risk of fraud, censorship, third-party rules, or downtime.

The Ethereum blockchain itself represents a global network of interconnected computer systems sharing a common infrastructure to move tokenized assets, securities, value, and other representations of one’s property.

Such a system helps create a trustless economy capable of storing debts and promises – courtesy a smart contract – move funds across borders following rules programmed at the time of contract creation, and mitigating external risk factors for other dApps.

The network prides itself on “Gas” – the crypto equivalent of vehicle fuel – to operate the system and ensure all participants are adequately paid for … maintaining and using the system.

Critics argue Gas makes for a nice metaphor but is an insufficient protocol to support non-zero $ETH prices – meaning there is no inbuilt requisite for Gas to successfully execute an Ethereum contract.

Also, Ethereum’s protocol helps companies issue their own tokens for public use while attempting transactions. However, instead of paying Gas to the network, what if a user decides to pay in the token of the company’s choice? Such a fallacy is called – in miner terms – an economic abstraction.

Meanwhile, Ethereum cofounder Vitalik Buterin is clearly not impressed with such reports. The 24-year-old presented his arguments against suggestions of ETH obsoletion on Sept.3.

“Economic abstraction can still happen at the user level; users could pay in spankchain tokens, but the block proposers would still need to cough up ETH.” stated Buterin.

He added the Ethereum developer community is “strongly considering” proposals that allow ETH to be paid at the protocol level, circumventing suggestions of making a “medium-of-exchange” loop go faster than the protocol loop itself.

“I actually looked into this back in 2015, and heterogeneous deposit PoS is very hard (maybe impossible) to get right. The problem is, how does the protocol know the ratios between the values of the tokens?”

To conclude his brief, Buterin added that two steps could be taken while considering an “in-protocol decentralized exchange:” A subsidized platform, and the construction of “pathological tokens” that treats any fallacies as a “no-op” – indicating a form of on-chain governance the Ethereum blockchain could soon witness.