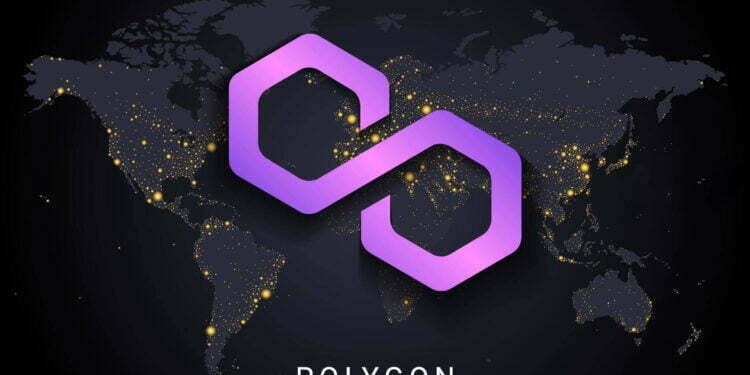 Polygon has declared to collaborate with Neowiz Corporation (a game publisher based in Korea) to release a Web3-based gaming venue named “Intella X” as well as to take a few of the well-known gaming IPs of Neowiz to the Web3 sector. The focus of Intella X is to allocate a proportion of the entirety of the produced revenue to the ecosystem’s contributors. The consumers will have many ways to participate as well as generate money while using Intella X.

Polygon has been continuously advancing its operations even during the previous months (a time when the crypto market has displayed extreme lows). Sandeep Nailwal (the co-founder of Polygon) asserted that the ongoing bear market in the crypto world can provide an opportunity for blockchain developers to concentrate on advancing at a time when there is not that much competition and hype.

The co-founder mentioned that the finest element is that at present there is no purchaser and this time is the most economical to appoint as well as to promote their services and goods because the others do not invest many funds in such activities. Polygon counts as a scaling network based on layer-2 of Ethereum and has recently introduced Polygon zkEVM (a testnet for a zero-knowledge rollup, with promising fee reductions of up to 90%.)

Another collaboration has been carried out between Polygon and Coco-Cola (a popular beverage-making company) to introduce share-to-reveal non-fungible tokens (NFT). In this respect, a Twitter post was shared by Coca-Cola informing that a rarest, shareable, and generative collectible has been released with the utilization of the network of Polygon for its launch. The fans who have taken part in the Metaverse venture of the brand are the sole individuals who are permitted to avail the exclusive airdrop.

The exceptional share-to-reveal characteristic of the respective collectible shields against the display of the artwork until the person shares it with one of his friends. The people holding these NFTs will additionally be allowed to be benefitted from the rewards and advantages like experiences powered by Coke Studio, gaming competitions as well as the earliest access to the product launches of limited-span under Coca-Cola Creations.

Previously, Polygon had a working relationship with Mercedes-Benz (a prominent automobile maker). In addition to this, over the course of the past few months, a number of other collaborations with well-known entities have taken place, which has resulted in the institution becoming more prominent in news headlines relating to the cryptocurrency space.

The foundation of Polygon was witnessed at the denouement of 2017 under the title “Matic Network.” The platform experienced a crypto winter in the early years of its development after the collapse of the initial coin offerings (ICOs) in 2018. The market capitalization of the crypto market reached its peak in the previous year at nearly US$3T, however, after that time it has been going through a gradual decline bringing it down to US$1T, under the category of the unique crypto winter.