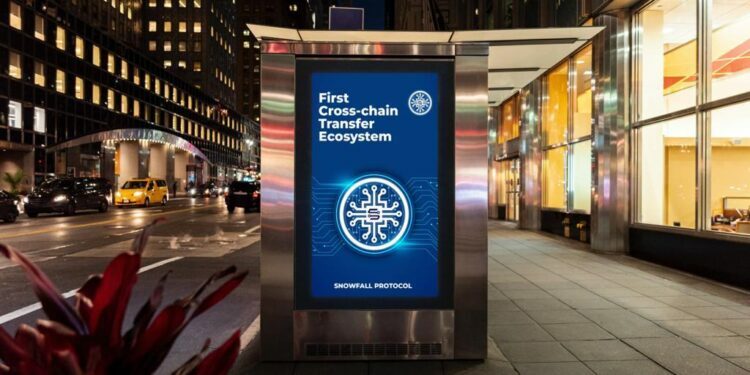 The cryptocurrency market has seen its fair share of ups and downs, but one project that seems to be gaining traction is Snowfall Protocol (SNW). This innovative protocol is generating buzz in the crypto community for its unique features and stability. In this article, we will take a closer look at Snowfall Protocol (SNW), and why it is emerging as a leader in the stablecoin space. We will also discuss the recent announcements from Waves (WAVES) and Ripple (XRP).

Waves (WAVES) blockchain platform founder, Sasha Ivanov, recently announced plans to launch a new stablecoin, since Waves-backed Neutrino Dollar (USDN) failed to secure its peg. The founder of Waves (WAVES) vowed that the new stablecoin would be “undepeggable,” but provided no details with regard to the timeline or the nature of the upcoming stablecoin. This announcement comes after USDN, the algorithmic stablecoin backed by the Waves (WAVES) blockchain ecosystem, de-pegged from the dollar several times earlier this year. This prompted top South Korean exchanges to issue a warning against the Waves (WAVES) token, which also came under the scanner for fluctuation in its value. The Digital Asset Exchange Association (DAXA) launched an investigation against the platform, and Waves (WAVES) has since assured that it is cooperating with the investigation to alleviate “serious and obviously damaging misunderstandings” of the relationship between the two tokens.

Ripple (XRP) recently released a new commercial on their YouTube channel. The ad claims that crypto solutions are transforming finance by making it faster, and a lot more efficient than ever before. While Ripple (XRP) has been making efforts to raise awareness about its solutions, it is currently facing a lawsuit from the Securities and Exchange Commission (SEC) in the United States. The lawsuit has had a negative impact on the price of Ripple (XRP), and the community is still uncertain about the outcome. Ripple (XRP) is currently trading at $0.41. Ripple (XRP) has fallen 89.73% from its all-time high of $3.84.

In contrast to Waves (WAVES) and Ripple (XRP), the Snowfall Protocol (SNW) presale campaign has emerged victorious after braving a tough crypto winter, and beating the bears. The multi-phased presale campaign began in the fall of 2020, and has been successful in raising funds for the development of Snowfall Protocol (SNW). Snowfall Protocol’s (SNW) dApp and DEX prototype has increased its popularity by providing a solution for securely transferring assets across different blockchain networks. Snowfall Protocol (SNW) is the first-of-its-kind multi-chain bridge for crypto assets and NFTs, using a canonical/reverse canonical token bridge for fungible tokens, and a swap and wrap system for NFTs. As blockchain technology continues to expand, the use case for Snowfall Protocol (SNW) and its native token, SNW, is expected to become increasingly valuable. The token is currently trading at $0.191, and some experts predict it could see significant growth in the future. Early investors have the opportunity to buy into the protocol at this stage.

Get in while you can and invest in Snowfall Protocol (SNW) today!!!