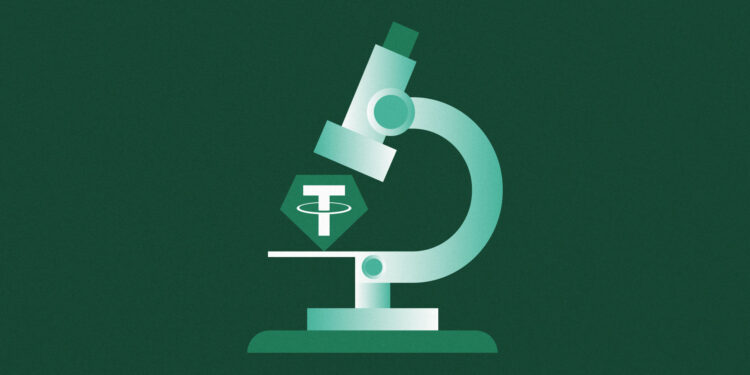 The company that issues USDT, Tether Limited, has just announced that Tether freezes $160M of USDT stablecoin on Ethereum blockchain from three different addresses. This is certainly not the first time that the company has been forced to take action to block addresses that store its coin. According to reports, the firm has previously taken judgments that are analogous to these (Freeze of Tether Ethereum 160M Tether Braun Coindesk).

There are currently 563 addresses on the blockchain that are blacklisted. Tether has been engaging in this practice since 2017, and in just the previous year, 312 addresses were added to the blacklist. The platform has been able to assist in the recovery of assets that have been hijacked by attackers or are compromised, according to a spokeswoman for the company who added that the company has been able to do so by freezing accounts.

According to the platform, the decision was brought about by a “request from law enforcement” and was consequently taken in accordance with the jurisdiction granted by the federal government. As per Tether, their company does not reply to such demands unless it is capable of concluding that the funds may be recovered from their end. This is the only scenario in which they are willing to do so. Let’s discover why Tether freezes $160M of USDT stablecoin on Ethereum blockchain (by Helene Braun, Coindesk).

The authorities who asked the company to disable these three addresses have now declared all three of them to be inoperable and will look into them further. This most recent blacklisting by the company is by far the biggest in response to a hack or investigation. Tether locked this address just a month ago, and it was holding approximately $1 million in USDT at the time.

The firm has not revealed any additional information on why Tether freezes $160M of USDT stablecoin on Ethereum blockchain, and the accounts that have been blacklisted do not yet point to any recognizable group or individual. Since Tether is a centralized corporation, if they come across questionable addresses that are linked to criminal activity or financial crimes, they are able to put them on a blacklist and either freeze or remove the assets associated with those accounts.

According to the firm’s spokesperson, “Today, Tether has frozen three addresses on the ETH blockchain containing $160 million USDT upon a request from law enforcement. At the moment we are unable to disclose any further details.”

While there is a freeze of Tether Ethereum 160M Tether Braun Coindesk, the corporation has been the source of numerous concerns in the recent past, particularly regarding the question of whether or not the USDT circulating supply is backed one-to-one with U.S. dollars. According to writer Helene Braun, one of their primary worries was the dispute that had been going on between Tether and Bitfinex, which was finally resolved in September of 2021.

Helene is a reporter for CoinDesk. She covers the U.S. economy, the Federal Reserve, and cryptocurrency. She recently graduated from the business and economic reporting program at New York University. Helene is enthusiastic about cryptocurrencies, blockchain, NFTs, DeFi, and FinTech. Helene Braun is adept at creating accurate reviews of brokers and exchanges, and her work is well-researched and brimming with details.

The Risks and Opportunities of Stablecoins

While Tether freezes $160M of USDT stablecoin on Ethereum blockchain, the rise in popularity and awareness of cryptocurrencies has led to an increase in the likelihood of chaos and misunderstanding. The volatility of cryptocurrencies such as Bitcoin, ETH, and a wide variety of others remains the most significant challenge they face, despite the widespread adoption of these digital assets.

Due to the high degree of volatility associated with such cryptocurrencies, traditional investors and non-technical individuals may choose to steer clear of them. A coin that could be both safe and non-volatile was required and stablecoins filled this demand. They are one of the fundamental cornerstones of the cryptocurrency ecosystem because of the structural benefit they provide to millions of investors. Stablecoins offer a number of advantages, the most important of which is probably their increased simplicity, which makes them easier to comprehend than other cryptocurrencies.

There are two stablecoins that have gained significant popularity: USDT and BUSD. Both of these coins are based on fiat currency and have a value that is equivalent to one US dollar. These coins are a form of digital currency that is similar to cryptocurrencies and offer a glimpse of hope for the day that cryptocurrencies would be recognized in the same way that cash is.