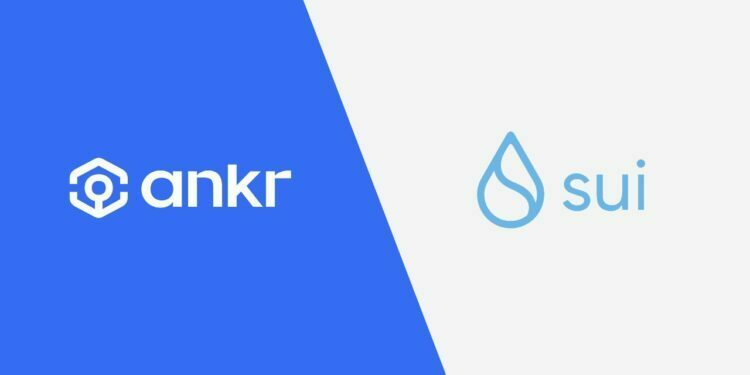 Leading Web3 infrastructure provider Ankr has become one of the first RPC (Remote Procedure Call) providers of the Sui blockchain, a permissionless Layer-1 blockchain. The Sui blockchain is created to allow creators and developers to develop Web3 experiences for the next billion users and Ankr’s support is aimed to achieve this goal of the network.

Developers now have access to the Sui Testnet Community and Premium RPCs, where they may make request calls and obtain information returns that are analogous to the outcomes they would achieve by independently operating a complete node. As a result of this agreement, developers will be able to construct secure, scalable, and upgradeable decentralized applications (dApps) on top of the Sui blockchain.

Josh Neuroth, Ankr’s Head of Product, said, “Sui’s new technology and Move-based development, paired with Ankr’s easy connection to the blockchain, will create a building environment that is easy and intuitive enough to open the doors to a growing set of new developers and projects. We are very excited to support Sui so Web3 developers can build faster on what is shaping up to be a promising new ecosystem.”

Catering To The Next Billion Web3 Users

Wallets, command-line interfaces, and dApps can all be connected to the Sui blockchain through Ankr’s Sui Testnet RPC. It functions as a messenger or a blockchain router that transmits on-chain information between Sui nodes, dApps, and ultimately end-users. This allows end-users to carry out important operations such as transactions, populate wallet balances, retrieve ownership information, and much more.

Being a Layer-1 chain, the Sui blockchain employs the proof-of-stake mechanism and the Move programming language. It is designed to have a high throughput while still having low latency, and it can process more than 120,000 transactions per second. Since its launch, a wide range of decentralized exchanges (DEXs), DeFi protocols, launchpads, NFT projects, social media networks, crypto wallets, and many other types of applications have shown interest in Sui.

Developed by Mysten Labs, the Sui blockchain was built from the ground up with the intention of empowering creators and developers to craft experiences that are tailored to the needs of the next billion users of Web3. Sui is a horizontally scalable platform that supports the development of a diverse variety of dApps at an unequaled speed and at a reasonable cost.

The revolutionary platform is the first of its type to offer customers a blockchain that can be used for a variety of purposes and features high throughput, quick settlement rates, a vast on-chain asset base, and user-friendly Web3 experiences. Sui is an incremental improvement to blockchain technology that was built from the ground up to address the requirements of the next billion cryptocurrency users.

Ankr is going to provide support for the Sui mainnet as soon as it goes online. This support will include extra documentation, features, and tools that will assist Web3 developers in streamlining the building process. The Ankr Network provides tried and true high-performance RPC node infrastructure that can handle any request load, vastly extending Sui’s public RPC resources in the process.

Ankr is offering a geo-distributed and decentralized Sui RPC in order to bolster the global Sui network. This RPC is made up of many different independent blockchain nodes that are operating all over the world to ensure low latency and dependable connections. As a result of this collaboration, Ankr is now the RPC provider of choice for more than 39 blockchains and testnets, some of which are Ethereum, BNB Chain, Solana, Polygon, and Avalanche.

The ability for different apps to communicate with the blockchain is provided by Ankr’s RPC. Ankr is constructing the decentralized Web3 infrastructure of the future by offering support for a worldwide node delivery system that is the top in its field, and an RPC aggregator. Currently, it is responsible for processing more than 2 trillion transactions per year throughout the entirety of Web3.

In addition, software development kits (SDKs) are available from Ankr, and some examples include the Liquid Staking SDK, the Web3 Gaming SDK, and the AppChains As a Service. These SDKs are designed to assist dApp developers in the efficient and uncomplicated creation of Web3 applications. Ankr intends to provide not just a marketplace but also an infrastructure platform in order to assist the deployment of Web3 stacks.