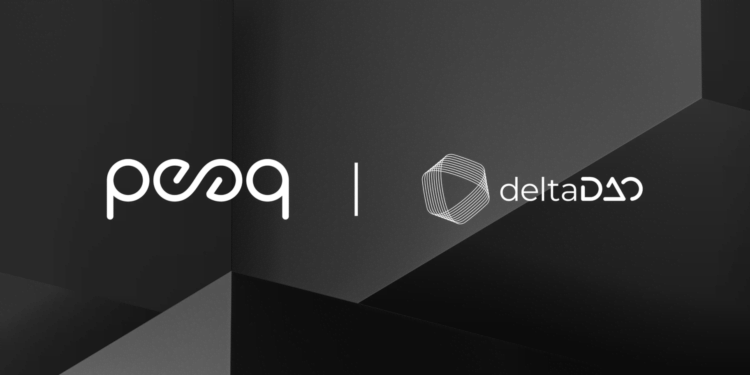 Peaq, a Web3 network, has declared collaboration with DeltaDAO to launch Ocean Protocol-powered Gaia-X Portal. With this partnership, Peaq is innovating another way toward data monetization via its ecosystem. The platform noted on its Twitter portal that, as included in its partnership with DeltaDAO, it will launch the Web3-based Gaia-X ecosystem portal. According to Peaq, this will offer additional ways for the monetization of the data.

Peaq and DeltaDAO Partner up to Introduce Gaia-X Portal

The company disclosed that both the firms DeltaDAO and Peaq will offer a list of the data services provided by the Peaq Network to be utilized on the catalogue of Gaia-X as well as some other portals. In its thread of tweets, Peaq asserted that it would take adequate endeavours to improve the compliance on the Gaia-X as well as the other data ecosystems of decentralized nature.

The network also mentioned that with additional integrations, the collaboration will play a significant role in permitting the machines as well as the individuals in the ecosystem of Peaq to earn money. As per Peaq, people will be able to utilize Gaia-X for generating revenue from their data services. The platform elaborated on this by disclosing that the portal has the potential to provide compute access (or algorithms) without revealing the data’s content.

With this, it added, the data’s monetization would be enabled along with privacy protection. Peaq moved further by revealing that the Gaia-X portal essentially counts as a decentralized marketplace specified for algorithms and data. According to the network, if someone records a video with the frontal camera of a car, the algorithms can collect data regarding road conditions. This can further be allocated to be sold on the marketplace for monetization.

Peaq explained that while the car cannot determine the road condition just on the video feed an algorithm would process the respective video feed as well as provide the required findings. The platform persuaded consumers by specifying that they can also develop such an algorithm to be put up for monetization on the Gaia-X marketplace.

It added that this would be of great help for the others who would purchase the respective algorithm and utilize it on the onboard computer of their cars. As Peaq put it, the video feed is taken from the camera and processed to develop the dataset related to road quality.

Application of Blockchain: 4 Real-World Use Cases